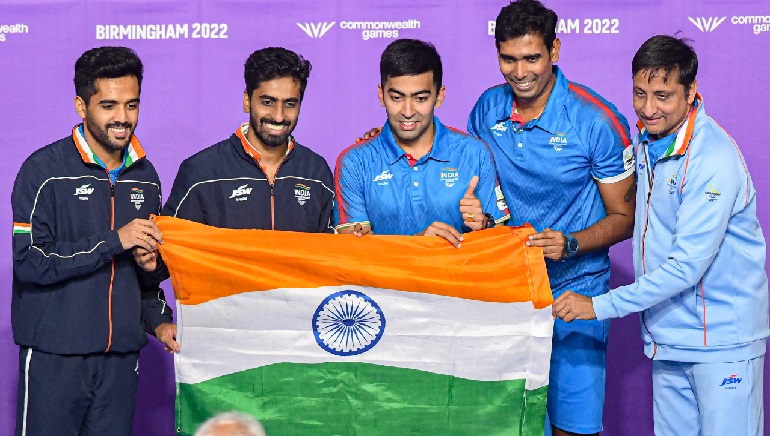 India won two gold and three silver medals at the Commonwealth Games 2022. The nation’s second gold medal of the day was won by the men’s table tennis team. India defeated Singapore 3-1 in the final with to G Sathiyan and Harmeet Desai’s ruthless performance, winning both of their singles and doubles matches.

In fact, since the sport’s introduction in Manchester in 2002, this is India’s sixth gold in the competition. India earned its maiden team gold at the 2006 Commonwealth Games in Melbourne, and four years later, it replicated the feat on Gold Coast.

Meanwhile, India settles for silver in badminton after a fiercely contested neck-to-neck performance. The Indian team of Chirag Shetty and Satwiksairaj Rankireddy fell to Malaysia’s Teng Fong Aaron Chia and Wooi Yik by the scores of 21-18, 21-15 in the opening match. In the championship match, the squad lost to Malaysia 1-3.

In the second round, PV Sindhu faced up against Jin Wei Goh of Malaysia, and she prevailed 22-20, 21-17 to put India back in contention for the gold medal. This got the nation’s total medal tally to 13 with five gold, five silver, and 3 bronze.