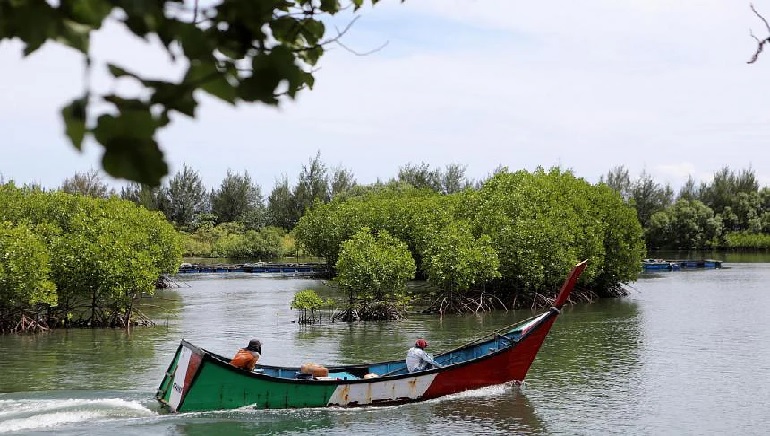 A research project involving Indonesia and Singapore will focus on the way coastal and marine ecosystems capture and store carbon. According to the Blue Carbon Project, Indonesia could estimate the amount of carbon dioxide it can capture and reduce its emissions subsequently.

Coastal ecosystems are home to 17% of the world’s blue carbon reserves. Blue carbon is a natural solution that will not only save the climate of our planet but will benefit the ocean as well. Many marine species rely on these shallow-water habitats for spawning grounds, nursery grounds, feeding grounds, shelter, and other essential functions.

Indonesia is widely known for its rich coastal ecosystem, with 31,894 sq km of mangroves, salt marshes, and 30,000 km of seagrass. Globally, coastal wetlands are estimated to store 20 petagrams of carbon (Pg C), which is equivalent to 20 gigatons of carbon (Gt C).

As long as the low-oxygen soil underneath is not disturbed, the carbon stored there will remain intact for millennia, plus there is no risk of fire underwater. However, the World Resources Institute doubts the nation’s ability to meet its emissions reduction goal of 29% by 2030.