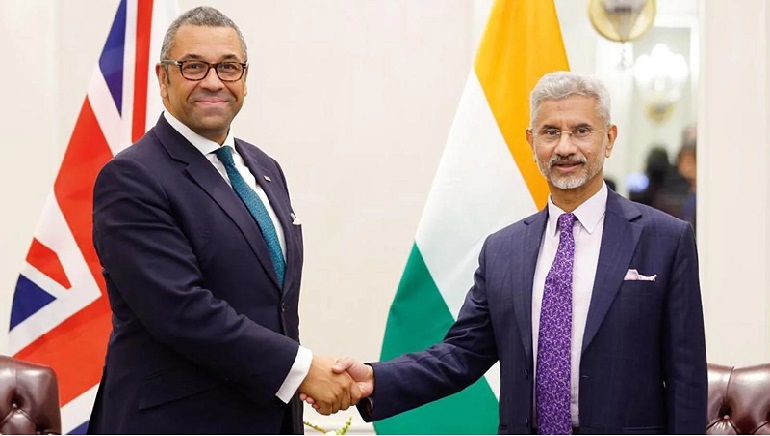 Following the appointment of Rishi Sunak as prime minister of the United Kingdom, S Jaishankar and his British counterpart James Cleverly discussed bilateral relations and the fallout of the Ukraine conflict on Tuesday.

According to Jaishankar in a tweet, he received a call from Cleverly during which they discussed counter-terrorism, bilateral relations, and the Ukraine crisis. Meanwhile, in a Twitter post, Cleverly said the two ministers had discussed the Russia-Ukraine crisis and that the UK would challenge Russian rhetoric and allegations at a UNSC meeting.

There was an apparent reference to the UNSC, which is expected to take up Russia’s claims about Ukraine’s dirty bomb plans. Western officials have already dismissed the claims as a “Russian false flag operation”.

Earlier, New Delhi wasn’t happy with former home secretary Suella Braverman’s remarks about a planned bilateral free trade agreement (FTA) triggering more immigration from India. Cleverly backed stronger relations with India following her remarks. Cleverly, earlier this month, said, “We do want to have an even stronger, and it’s strong already, but an even stronger trading relationship with India.”

Meanwhile, UK high commissioner Alex Ellis said on Tuesday that Sunak had made it clear that the economy would be the top priority during his premiership.