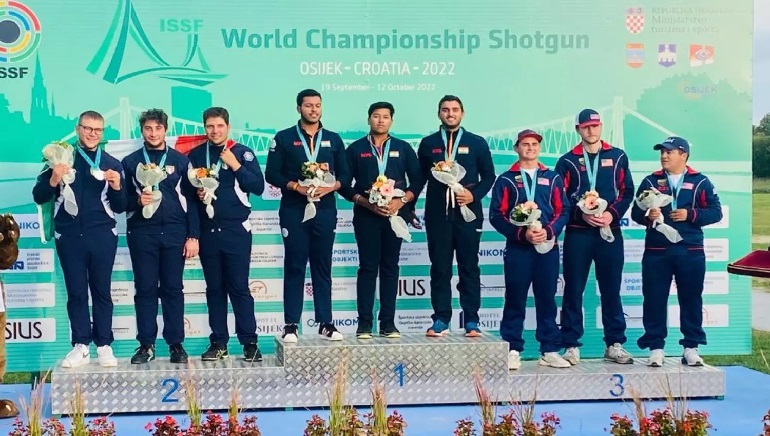 It was an aggressive performance by the Indian team, as it came through to the gold contest by winning a shoot-off against the USA 2-0 after both teams stood tied with 205 in the qualification round.

Contrastingly, Italy had topped the qualification field, scoring 206, one point ahead of India.

It was the Italian team of Emanuele Iezzi, Gianmarco Barletta, and Edoardo Antonioli that had a great beginning after taking a 4-0 lead in the gold medal match. The Indian team made special efforts to take the challenge and won the next three rounds 13-12, 15-14, and 14-12 to win the gold.

The team with a better score in each round of five shots by the three shooters gets two points. Arya Vansh was the topper as he missed only one bird out of 25. Shardul shot 22 and Shapath 21.