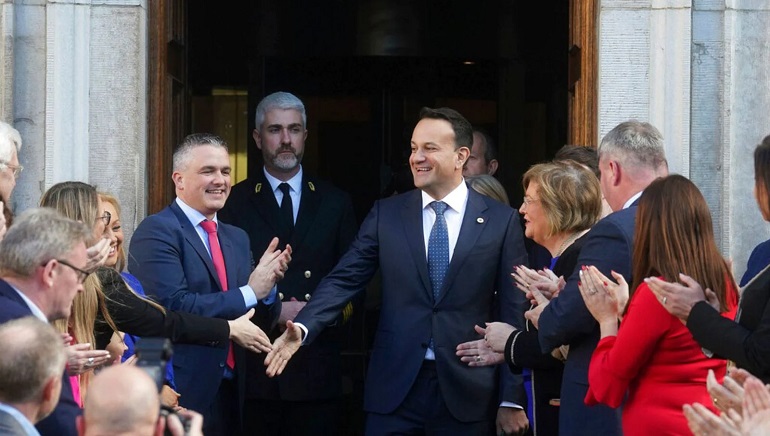 Leo Varadkar on Saturday took over as Ireland’s Prime Minister for the second time, in a handover of power between the two main political partners in the three-party governing coalition. Varadkar, 43, served as Irish Prime Minister between 2017 and 2020. One of Ireland’s youngest ever leaders even in his second stint in the role, he replaced Micheal Martin as Taoiseach (premier) in a rotation between his Fine Gael and Martin’s Fianna Fail parties.

The rotation between Fine Gael and Fianna Fail parties in line with a coalition deal struck in 2020. The centre-right parties were forged from opposing sides in the Irish Civil War in the early 20th century. They agreed to the rotating premiership as part of a coalition with Ireland’s Greens after 2020 elections.

Born in Dublin to an Irish mother, a nurse, and an Indian immigrant father, a qualified doctor, Varadkar gained a medical degree from Trinity College Dublin. He went into general practice, but stayed involved in politics, and in 2007 secured election for Fine Gael in Dublin West. At 38, he became the country’s youngest Taoiseach, first openly homosexual head of government and first of Indian heritage.