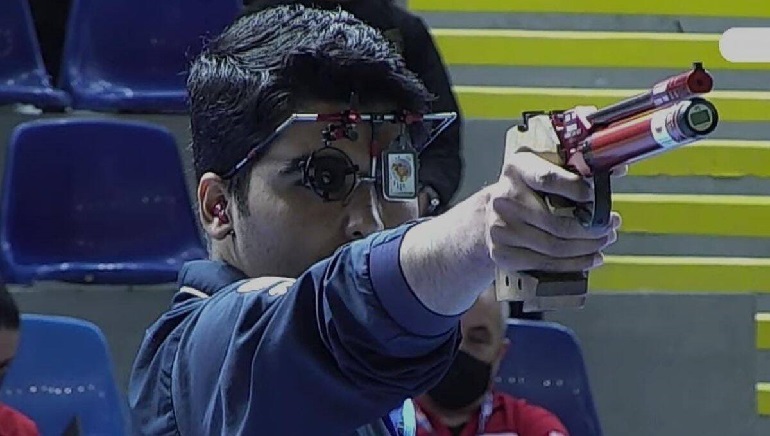 The 19-year-old Chaudhary shot 16 in The Asian Games for the gold to finish ahead of Germany’s Michael Schwald. He made the medal round with Chernousov for the company as both notched up 38 points to eliminate Walter of Germany and then Emis Vasermanis of Latvia.

Choudhary has a Youth Olympic gold medal in his name and was third in the men’s 10m air pistol qualification stage with 584 points in total. With a score of 38, he won the last stage relay 1, qualifying for the medal match, which was contested by the final four shooters.

More than 500 shooters from 60 countries are taking part in the Cairo World Cup that is providing 20 sets of medals on offer.

For the women’s 10m air pistol event, Esha Singh, Shri Nivetha, and Ruchita Vinerkar are representing India in which Esha bagged the second medal for the country by winning silver.

With these two medals, the nation now tops the medal tally with one gold and one silver.