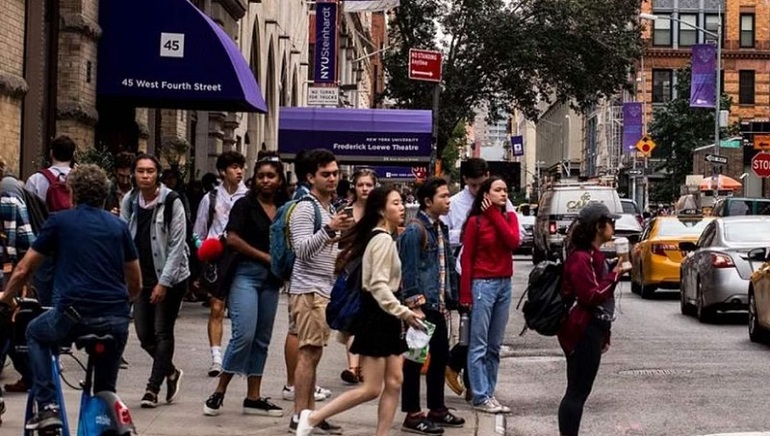 Indian students have overtaken Chinese students as the largest group of foreign students studying in the United Kingdom.

Students from India registered a huge jump of 273 per cent in visas granted over the past few years, said the UK Home Office data. The data collated by the Office for National Statistics (ONS) reveals that there were 1,27,731 (study visa) grants to main applicant Indian nationals in the year ending September 2022, an increase of 93,470 (273 per cent) compared to 2019 (34,261).

The new Graduate Route visa introduced in July 2021 to allow international students the chance to stay on and work at the end of their degree was also dominated by Indians – accounting for 41 per cent of visas granted. The special High Potential Individual (HPI) visa, launched in May 2022 to attract the brightest graduates from the world’s top universities around the world to work in the UK, also saw a 14 per cent grant to Indian nationals regardless of the fact that no Indian university was on the approved set of top global universities.

Indians also continue to be the top nationality granted visas in the skilled worker category, with 56,042 granted work visas in the past year. Indian nationals also represented the highest number of visas given, i.e., 36 per cent of the total under the customised Skilled Worker Health and Care visa targeted at medical professionals, underlining Indian contribution to the UK government funded National Health Service.