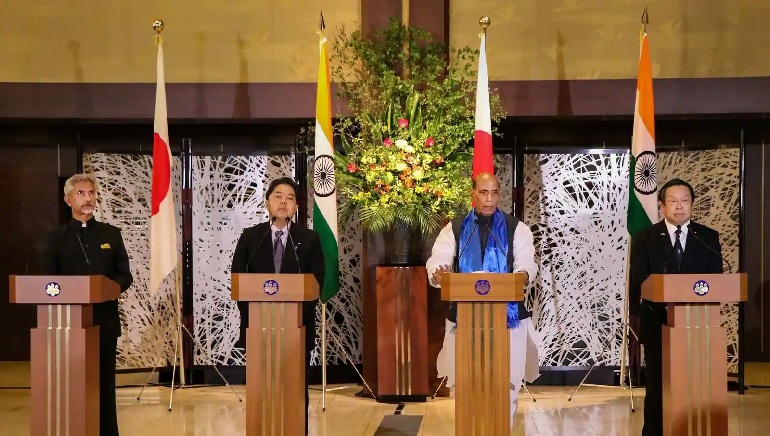 There are also long-term visions shared by leaders on both sides that contributed to the spurt in ties. The emergence of India as the fifth-largest economy and the fastest-growing economy will certainly result in further quantum leaps in strategic relations.

Rajnath Singh and S Jaishankar met their Japanese counterparts Hamada Yasukazu and Hayashi Yoshimasa at the second India-Japan 2+2 Ministerial Dialogue in Tokyo on September 8 to discuss all critical challenges to a rules-based global order, which is increasingly tying together the two countries and providing renewed energy to their unique global and strategic partnerships.

At the time of the meeting, tensions across the Taiwan Strait had risen as China launched five missiles into Japan’s economic zone, prompting then Defence Minister Nobuo Kishi to call it “a serious problem that threatens the safety of our citizens as well as our national security”.

According to Mr. Jaishankar, energy security and food security have become particularly pressing issues. India has extended humanitarian aid, medicines, vaccines, food grains, and many other forms of assistance tirelessly as a member of the international community.

In addition to demonstrating the commitment toward deepening bilateral security and defense cooperation, Jaishankar said the Dialogue also demonstrated the strength of the India-Japan special strategic and global partnership.