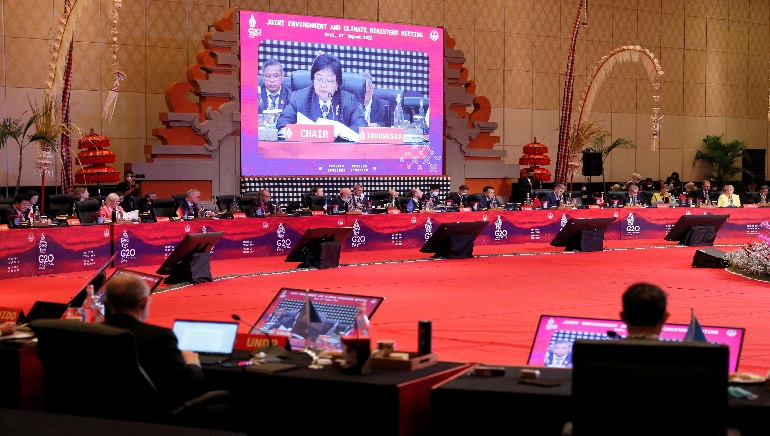 Bali, the capital of Indonesia, hosted a meeting of senior officials from the Group of 20 major (G20) economies, to discuss climate talks. Indonesian cited that failure to work together to reduce emissions would push our planet toward “unchartered territory”.

Indonesia’s Environment Minister Siti Nurbaya Bakar said countries must come together to address global warming or witness the planet pushed to a point “where no future will be sustainable”. “It is our responsibility to be part of the solution. We build bridges, not walls,” she said.

The G20 climate meeting was held as weather events like fires, floods, and heatwaves had reached the highest degree and rising across several parts of the world, including the damaging floods in Pakistan in recent days that have killed at least 1,000 people. Scientists say most such harsh weather events result from climate change caused by humankind and will only augment in frequency and gravity if necessary action is not taken right away.

The meeting in Bali is attended by environment officials from Australia, Brazil, India, Japan, South Korea, and U.S. Special Presidential Envoy for Climate John Kerry. Indonesia, the current host, has also invited representatives from the African Union to take part in the discussion for the first time, stating that opinions and feedback from all countries, irrespective of their wealth and size, must be heard.