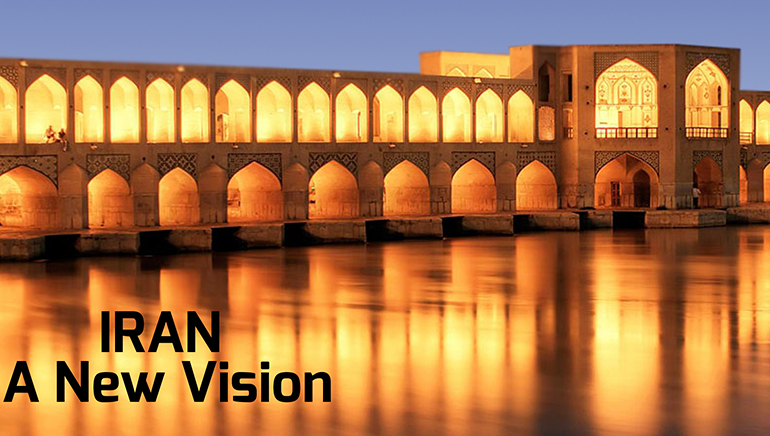 With the historic agreement made between Iran and the P5+1 countries in Vienna on 14 July 2015, Iran will hopefully transform into a peaceful State to live in, and the rest of the world will breathe easy without the nuclear power threat from Iran. This pact officially brings the end of the economic sanctions on Iran after demonstrating a peaceful nuclear research project that meets International Atomic Energy Agency (IAEA) standards. Iran has assured that it does not seek nuclear arms but demands the ability to enrich uranium to make nuclear fuel for energy-producing reactors and medical applications.

Iran is a member of a number of international organizations such as the G-15, G-24, G-77, IAEA, IBRD, IDA, IDB, IFC, ILO, IMF, OIC, OPEC, UN, WHO, International Maritime Organisation, Interpol, and currently it has gained an observer status at the WTO too. Thus, after signing the Joint Comprehensive Plan of Action (JCPA) in July, understanding its obligations towards all these international organisations, Iran’s own people, and the whole world, Iran has now set its goal to establish a new world order based on world peace, global collective security and justice.

Iran has a mixed economy: a mixture of central planning, State ownership of oil and other large enterprises, village agriculture, and small-scale private trading and service ventures. It is ranked as an upper-middle income economy by the World Bank. However, the economic sanctions by the Western countries against Iran, such as the official ban on Iranian crude oil, have affected its economy tremendously. Due to these sanctions, Iran saw a steep fall in the value of Rial. However, 2015 seems like an era of a new Iran following the successful implementation of the 2015 Nuclear and Sanctions Relief Deal made by the P5+1 and Iran.

Being one of the world’s oldest civilizations, Iran is a country with diversity comprising a multiple number of religious and ethnic groups that are unified through a shared Persian language and culture. Initially, Zoroastrianism was the dominant religion in Iran which was eventually replaced with Islam after the fall of Sassanid Empire by the Muslims. Iran was predominantly a Sunni State until the 16th century when the Safavid dynasty forcibly got almost the entire country converted to Shia Islam. In the present day Iran, Shia Islam is the official State religion as about 90% to 95% of the country’s population officially are Shia; and about 4–8% of the population are Sunni Muslims, mainly Kurds and Balochs; the rest 2% are non-Muslim religious minorities such as Christians, Jews, Bahais, Mandeans, Yezidis, Yarsanis and Zoroastrians.

Having a dominant geopolitical position and culture in the world, Iran’s culture is vastly influenced by that of Greece, Macedonia, and Italy to the West; Russia to the North; the Arabian Peninsula to the South; and to some extent by South and East Asia to the East. Iranian art has many disciplines such as architecture, painting, weaving, pottery, calligraphy, metalworking, stonemasonry, jewel designing, etc. Iran takes pride having one of the largest jewel collections in the world.

Ayatollah Ruhollah Khomeini, the Shiite revolutionary Muslim cleric, had worked for years and overthrew King Pahlavi (Shah), the then Iran ruler who was a dictator. Khomeini replaced the pro-Western policies of Iran with sole Islamic ones, which gradually developed more anti-America sentiments in Iran.

The US got restless seeing the rising power of the Muslim country. It provided shelter to the fleeing Shah in US. Some of the supporters of Khomeini stormed the US embassy in Tehran, taking dozens of Americans hostages demanding death to Shah who was hiding in the US. But America was desperate to gain back the Shah power in Iran, which would end their newly developed powerful foe in the Middle East. The then American President did not handover Shah to Iran, and Iran did not release the US hostages until Shah died, and in 1980 a new US President took oath. Thus, America and Iran started keeping hostile attitude towards each other which has been continuing till now.

Will the JCPA be Helpful for Iran’s Development?

The sanctions imposed by the United Nations, the United States and the European Union on Iran had created innumerable problems for Iranian manufacturers. The country had seen little economic development in these many years. The great damages that Iran’s economy experienced under the sanctions are expected to be recovered gradually with the implementation of the Joint Comprehensive Plan of Action. A sanctions-free Iran will help the Iranian firms to have access to raw materials and investment that will create competition in the market.

The tourism industry of Iran witnessed a sharp decline during Iran’s war with Iraq. However, it recovered post-war. The most popular tourist destinations in Iran are Isfahan, Mashhad and Shiraz. In the early 21st century, the tourism industry faced serious limitations in infrastructure, communications, industry standards and personnel training which gradually are fading away. Iran has been rated among the 10 most tourism-friendly countries in the world. Also, domestic tourism in Iran is one of the largest in the world. With so many sanctions, Iran lacked efficient planning schemes in every economic segment including the tourism sector. Now hopefully there will be better schemes and planning to attract the world population to visit Iran to bloom its tourism industry.

Iran possesses 10% of the world’s proven oil reserves and 15% of its gas. It is OPEC’s (petroleum-exporting nations’) second-largest exporter and the world’s fourth-largest oil producer. Iran has the second-largest proved gas reserves in the world after Russia, and third-largest natural gas production in the world after Indonesia and Russia. With the less number of or no sanctions in the country, now Iran may achieve more in energy with the assurance that its efforts and achievements are only for the peaceful purposes.
The education system of Iran is centralized. Its K-12 education is supervised by the Ministry of Education, and higher education is supervised by the Ministry of Science and Technology. The adult literacy rate has significantly improved in 2015, which is expected to reach an even greater height with a peace-prevailed sanctions-free Iran.

The stereotyped image of Iran as having a conservative culture is probably because the more traditional Iranian people normally dress conservative; especially the females do not expose their body parts and they cover their hair. They do not consume alcohol, pork, and feel comfortable with their own sex rather than the opposite sex. They stay away from dancing at mixed gatherings (male–female), and they observe religious holy days and mourning rituals. However, decades of westernization and modernization created some modern and ultra-modern groups in Iran who would easily fit into any modern setup anywhere. Now, after the West has shown cooperation with Iran, it won’t stay cut from the rest of the world and more westernisation, modernisation, and easier life of people can be expected in the traditionally conservative country.

Iran has developed a number of indigenous Unmanned Aerial Vehicles (UAV) over the years. Fotros (UCAV) is considered the largest in Iran’s arsenal of unmanned aerial vehicles. The types of armed forces in Iran are the regular forces of Islamic Republic of Iran Army, Islamic Republic of Iran Air Force, Islamic Republic of Iran Navy and the Revolutionary Guards. Iran supports the military activities of its allies in Syria, Iraq, and Lebanon (Hezbollah) with thousands of rockets and missiles. After the 1979 Revolution, Iran has developed its own military industry, produced its own tanks, armoured personnel carriers, guided missiles, submarines, military vessels, guided missile destroyer, radar systems, helicopters and fighter planes to overcome foreign restrictions and bans. The country also has development weapons including the Hoot, Kowsar, Zelzal, Fateh-110, Shahab-3 and Sejjil missiles, and a variety of unmanned Aerial Vehicles. Developed and produced domestically, Fajr-3 (MIRV) is currently Iran’s most advanced ballistic missile, which is a liquid fuel missile with an undisclosed range.

Iran’s nuclear program had become the subject of contention with the international community since 2005, following the earlier quotes of Iranian leadership that favoured the use of an atomic bomb against Iran’s enemy countries, especially Israel. All over the world, a number of countries have shown concerns that Iran’s nuclear program could transform civilian nuclear technology into a weapons program. Subsequently, the UN Security Council imposed sanctions against Iran which had further isolated Iran politically and economically from the rest of the global community. As of 2009, Iran maintains diplomatic relations with 99 members of the United Nations, but not with the United States or Israel.

Interpretation of Iran and P5+1 Agreement 2015

The contentious agreement between Iran and the P5+1 would lead to peace, security, and positive developments in the entire Middle East. This agreement has been seen as the best way to prevent war, and to empower Iran towards maintaining peace and harmony of the entire human race. However, this is not something guaranteed because if the agreement does not work the right way, it may empower Iran in the negative direction, which could subsequently be a threat for the entire world.

The agreement actually does not suspend Iran’s nuclear program, it only prevents Iran from getting nuclear weapons in a verifiable way. Whenever required – the IAEA feels it necessary – the IAEA can submit a request of access to a site of concern, and if Iran doesn’t provide access within 14 days, the Joint Commission formed by all the P5+1 and Iran will take up the matter and decide on a course of action within no more than seven additional days. Then, Iran has three days to comply with that decision. In the deal, for the P5+1, the biggest objective is to prevent Iran from getting nuclear weapons; and for Iran, the biggest objective is to get the sanctions lifted. Iran stands to gain up to $100 billion in sanctions relief under this deal, but this relief is not complete, immediate or unconditional.

The agreement is not subject to danger as:

Iran has long been facing international criticism for not adhering to the requirements of the United Nations Security Council’s resolutions regarding its nuclear facilities and its uranium enrichment programme. However, the 2015 agreement between the P5+1 and Iran has eased conditions a little. Iranians are expecting an improvement in living standards and a better access to foreign investment as soon as the sanctions keep getting lifted. Among many of the impressive achievements of Iran in the recent past according to the UNDP HDI, Iran has achieved a much better position regarding its people’s ‘long and healthy life’, ‘access to knowledge’ and ‘decent standard of living’, which is on the verge of an even nicer State with the success of the 2015 agreement.

What is NPT?
NPT stands for Non-Proliferation Treaty. The international treaty prevents the spread of nuclear weapons and weapons technology, and it promotes cooperation in the peaceful uses of nuclear energy. NPT’s goal is to achieve nuclear disarmament.

International Atomic Energy Agency (IAEA) is an international organization associated with the promotion of peaceful use of nuclear energy, and prevention of use of nuclear energy for any military purposes, including nuclear weapons. Though IAEA is independently established, it reports to both the United Nations General Assembly and UN Security Council. IAEA headquarters is in Vienna, Austria.

P5+1 refers to a group of 6 world powers (countries) with diplomatic efforts with Iran regarding its nuclear program. It was formed in 2006. These 6 world powers refer to the UN Security Council’s five permanent members, viz. Russia, China, France, UK, and US (P5), plus Germany.