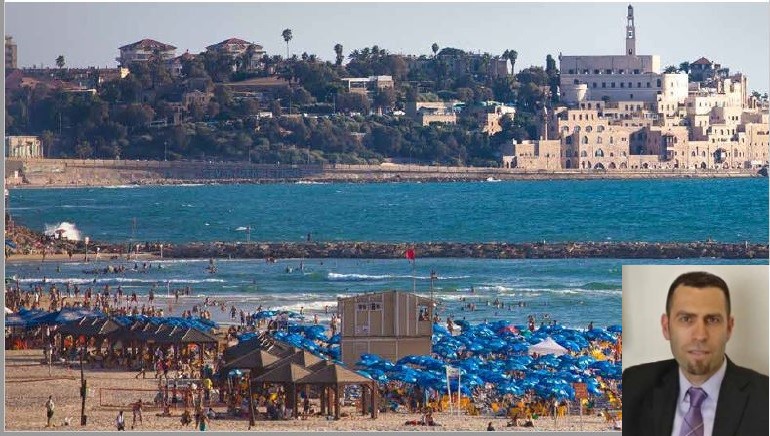 Israelis are known for original thinking and entrepreneurship which gain us the title of ‘The Start-Up Nation’. In that respect, many people say Israelis think ‘out of the box’; the way I see it – we Israelis just don’t see the box! Israel has become the Middle East’s ‘silicon wadi’ for innovation, cutting edge R&D, cyber security, smart cities and automotive technologies. It is a leading destination for global multinationals for investing in tomorrow’s technologies.

We merge our unique traditions with democratic values to create a Jewish-democratic State, as envisioned by our founding fathers in the proclamation of independence in 1948: “The State of Israel will … foster the development of the country for the benefit of all its inhabitants; it will be based on freedom, justice and peace as envisaged by the prophets of Israel; it will ensure complete equality of social and political rights to all its inhabitants irrespective of religion, race or gender.”

Israel strives to live in peace with its neighbors. We believe that economic prosperity and modernization in the Middle east, combined with education and dialogue, are the keys to achieve peace. We see this change that started with Egypt and Jordan now spreading to other Arab and Muslim countries, who show growing interest in Israeli technologies, sport activities and bilateral relations with us. It gives me reasons to be optimistic about the future of our region.

Israel is comfortably located between Africa and Asia, enjoying a splendid climate and a unique diversity of cultures and natural scenes.  All this within a small territory of just about 22,000 sq km. (roughly the size of Manipur). In just about one or two hours drive, one can change from the golden sandy beaches of Tel Aviv and its vibrant night-life scene, to the magnificent walls of Jerusalem, with its historical sites, to enjoy extreme sports or Bedouin hospitality in the desert, hike in the Galilee mountains, scuba dive in Eilat or enjoy a unique spa in  the Dead Sea, which is the lowest point on earth.

Good connectivity and the convenient proximity between one attraction to the other, make Israel a favourable destination for a growing number of tourists.  More than 4 million tourists visited Israel last year, among them more and more Indians who visit Israel both for business and pleasure. The recent opening of direct flights to Israel from New-Delhi, Goa and Kochi, in addition the long exisiting flight from Mumbai, make it easier and cheaper to go to Israel. We have an active Tourism office in Mumbai which is working constantly on attractive campaigns and the results are clear: Tourism from India registered a 21 per cent growth in 2018. Approximately 70,800 Indian travelers visited the country from January to December 2018, putting India on the 12th position in incoming tourism. we expect the numbers for 2019 to be even higher.

My Contribution as Consul General

I was privileged to serve in Mumbai at the time of the historic visit of Prime Minister Benjamin Netanyahu to India in January 2018. It was the first time an Israeli prime minister visited Mumbai. This visit accelerated our ongoing cooperation with the western states of India. It gave a great boost to the economic, cultural and technological cooperation. Soon after the visit, an agreement was signed between the Government of Maharashtra and Israel’s National Water Company ‘Mekorot’ to prepare a masterplan for the Marathwada water grid project. This will use advanced Israeli water technology  to connect 11 dams in the region to make droughts a history. During the visit, leading figures in Bollywood, including Amitabh Bachchan, Karan Johar, Aishwaraya Rai and Sara Ali Khan  gathered to welcome PM Netanyahu in a cultural programme called ‘Shalom Bollywood’, where Netanyahu invited the fraternity to come and shoot films in Israel. Indeed, recently the first clip shot in Tel Aviv with Jacqueline Fernandez and Sushant Singh Rajput for the movie ‘Drive’  was released on Netflix. We are working with the State Governments and private sector in our region to enhance the cooperation in the areas of Smart cities, smart mobility, cyber, higher education and start-up ecosystems.

Israel and India enjoy a strategic partnership which is at all-times pick since the mutual visits of PM Modi and PM Netanyahu to each other’s country. But our relations go long time back, based on the historic ties between Jews and Indians, with the thriving Jewish Community here which is approximately 2000 years old. Bilateral relations were gradually but constantly evolving till full diplomatic relations established on 29th January 1992. the good cooperation expands from the G2G (Government to Government) level to the B2B (Business to Business) and P2P (People to People) levels as well. Bilateral trade has increased from USD 200 million in 1992 to USD 5.8 billion 2018. Today, many Indian companies have started investing in Israeli innovation and R&D system, particularly in the areas of IT, cyber security, smart mobility, agriculture, water management and smart cities. The number of Indian students in Israeli universities is increasing. Today, the highest number of foreign students in Israel are from India. Tourism and cultural exchanges are flourishing.

We are proud that Israel is a growing economy and a genuine democracy with independent press and very noisy political discourse. At the time of our independence, we had a population of 6 lakhs. Today we have crossed 9 million mark and expected to have more than 10 million people by 2024. It is not less than a miracle that a country with vast tracts of barren land, scanty rainfall, absence of fertile soil and security challenges has come such a long way and continues to thrive. We have a very vibrant culture as Jewish people in Israel have come from more than 70 countries and have brought their cuisine, music and culture with them. It has blended very well with the native Israeli culture. In the future, Israel strives to be a leading center of cutting edge research and technologies and find solutions to global problems. I invite you all to come and see this miracle called Israel with your own eyes. I guarantee you’ll enjoy the Israeli experience!