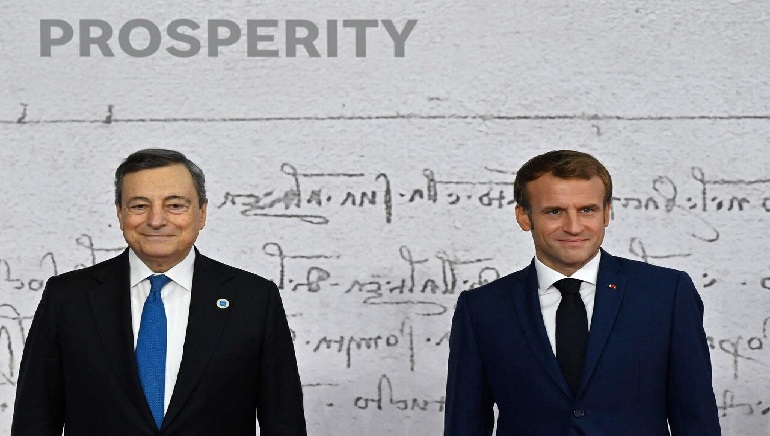 French President Emmanuel Macron is in Rome this week to sign a new treaty with Italy, which will strengthen ties between two founding EU members. Mr Macron will seal the pact with Prime Minister Mario Draghi and President Sergio Mattarella on Thursday, and on Friday, he will meet Pope Francis to talk about child abuse at the French Catholic Church.

The ‘Quirinal Treaty’ — named after the presidential palace in Rome where it will be signed – will reinforce ties on economy, tourism, trade and other areas. The two countries are already bound by cultural, historical, and linguistic ties.

The treaty was first proposed in 2018 under the then Italy Prime Minister Paolo Gentiloni, but after Gentiloni was succeeded by the populist government of the League and the 5-Star Movement, relations between Paris and Rome went south. Despite the fallout between the two countries under the Italian populist government, they are now trying to reinforce all ties under Mario Draghi, who was elected as Prime Minister in February.

As per several reports, the document is being signed only a few weeks before France takes over the EU Presidency and will thus hold “symbolic value”.