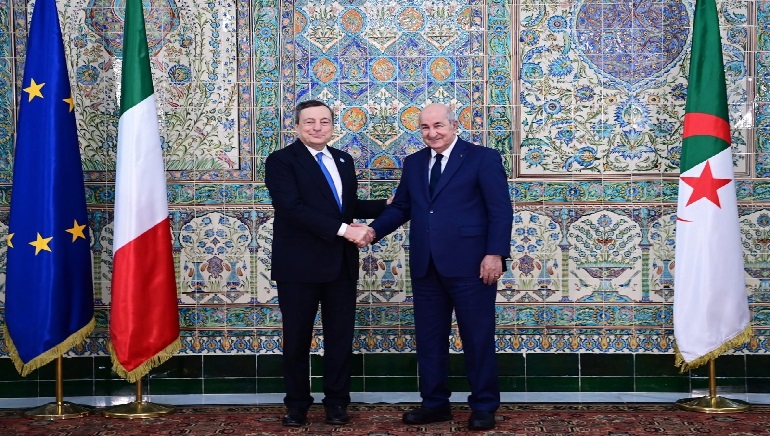 Italy and Algeria have signed agreements to strengthen energy ties and increase the North African state’s energy exports to Italy. Italian Prime Minister Mario Draghi announced the deals in Algeria on Monday, adding that they were a significant step in Italy’s drive to reduce its dependency on Russian gas. The country clinched an agreement to ramp up gas imports from Algeria by around 40% in its first major deal. Italy, which sources about 40% of its gas imports from Russia, has been scrambling to diversify its energy supply mix. Ministers have tapped numerous countries like Congo, Angola, Azerbaijan and Qatar to find capacity to try and replace the 29 billion cubic metres Italy receives from Russia. Italian PM Draghi has previously said while replacing 30-40% of supplies from Russia could be done immediately, it would be much harder to replace the rest. Algeria is Italy’s second-biggest gas supplier. The Transmed pipeline has a daily capacity of more than 110 million cubic metres but currently transports only around 60 mcm. Rising domestic consumption, under-investment and political instability, including the closure of a pipeline to Spain over a dispute with Morocco, have capped Algerian exports.