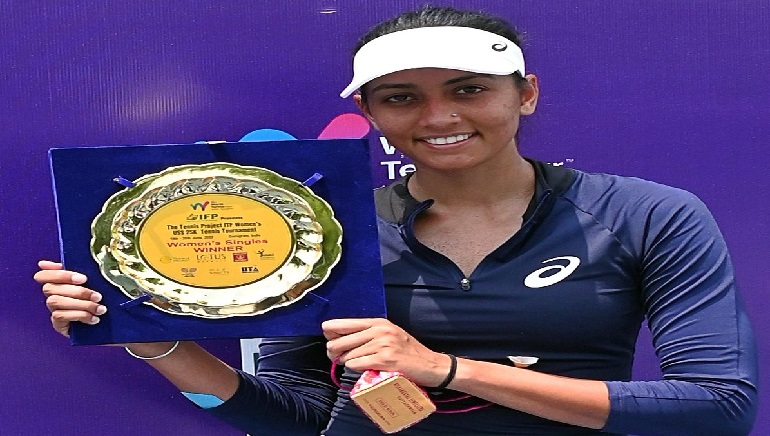 India’s Karman Kaur Thandi claimed the crown at the final of the ITF women’s 25K Tournament at the Tennis Project in Baliawas on Sunday, beating World no.3 junior Belgium’s Sofia Costoulas 6-4, 2-6, 6-1 in a majestic clash that lasted three hours.

In the first set, Karman showed grit and determination as she bounced back from 2-4 down and moved on to win four games in a row to take the set at 6-4. Sofia, who reached the singles final at the Australian Open 2022, attacked well and leveled the match, winning the second set 2-6.

Karman was most powerful in the third set, destroying her rival’s serve in the fourth game to make it 3-1 and finished the match by winning three straight games. This win makes it the 24-year-old Kaur’s second career ITF singles title after the first one in Hong Kong in 2018.

After the victory, she said, “It’s a special feeling to win this tournament, especially this being just my third one after returning from injury. After the final point, my mind immediately flashed back to the roller-coaster ride we had over the last few months. I would like to thank everyone who supported me — Adi (Aditya Sachdeva) sir, my physio Diksha, my family, my entire team, and especially RoundGlass for putting their trust in me and giving me this opportunity.”