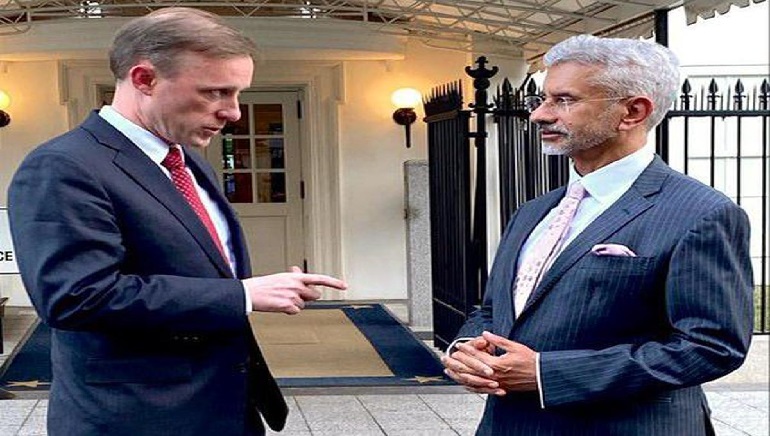 In addition to reviewing the strategic relationship, the White House said the meeting involved exchanging views on regional and global issues. According to Mr Jaishankar, “the Indo-Pacific situation, South Asia and the Gulf” were discussed. As per the White House and a tweet by Mr Jaishankar, the meeting also discussed Russia’s invasion of Ukraine.

According to the White House, Jaishankar and Sullivan discussed debt sustainability and promoting a “free, open, secure, and prosperous Indo-Pacific” in the context of the upcoming G20 Indian presidency. During his visit, the Minister will also meet with industry bodies and advocacy groups.

A meeting between the Minister and U.S. Democratic lawmakers took place at India House, the official residence of the Indian Ambassador. Despite the fact that these meetings were not open to the press, Mr Jaishankar’s Twitter handle indicated that he had met with representatives Ami Bera, Jon Ossoff, Mark Warner, Chris Coons and Jerry McNerney.