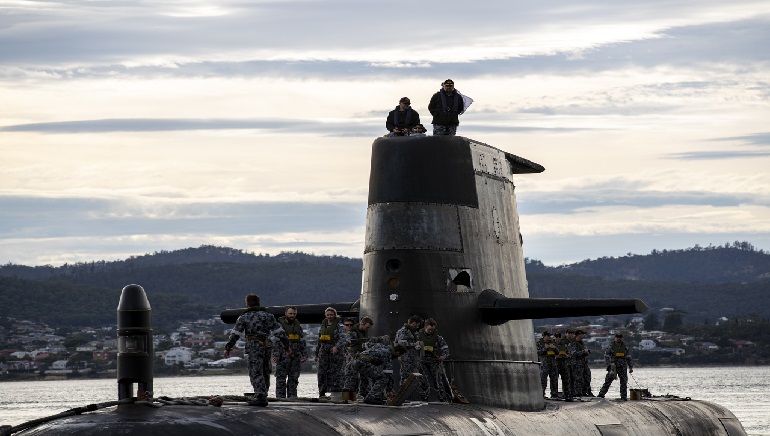 On Thursday, Australia announced the pursuit of nuclear submarines and the start of the AUKUS cooperation group between Australia, the United Kingdom, and the United States, aimed at promoting information exchange and further cooperation between Canberra’s strategic partners.

This deal is likely to have serious consequences for Canberra’s neighbors, especially Indonesia. The Australia-Indonesia relationship has continued to grow despite periodic disruptions. On September 9, both sets of foreign and defense ministers met in Jakarta for the seventh “2+2” meeting to upgrade the bilateral agreements, the announcement for the new initiatives, and pledging to uphold regional order.

Jakarta’s major concern regarding the submarines is their impact on the military balance in the region. The submarines could not only undertake long-endurance, high-speed, stealth operations but they could also be equipped with advanced missile systems. On Friday, According to Indonesia’s government statement, the decision on submarines was viewed carefully, and the government was “deeply concerned over the continued arms race and power projection in the region.”

The Chinese navy has remained a threat. Jakarta has observed Beijing’s use of not just white but grey hulls against the Philippines and Vietnam.