After Talk With Pakistan and China, Blinken Sees Unity on Taliban 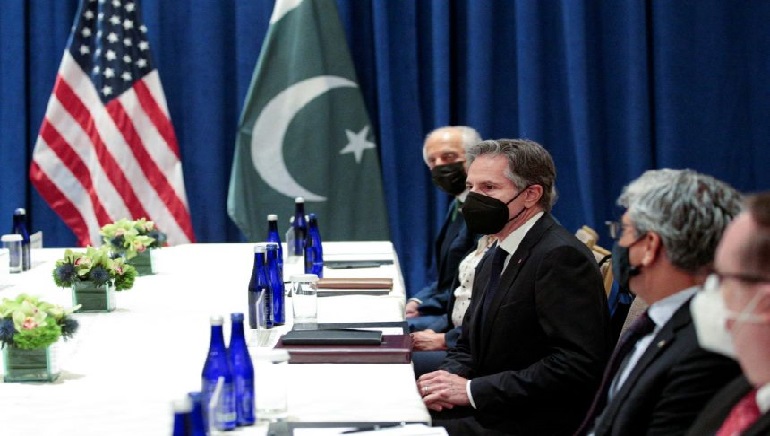 After Talk With Pakistan and China, Blinken Sees Unity on Taliban

On Thursday, the US Secretary of State Antony Blinken after speaking with Pakistan, China, and Russia said that he believed the world was united by pressing the Taliban. He mentioned them as key players with Afghanistan’s new rulers.

The Secretary of State told the reporters that he thinks there is a very strong unity of approach and unity of purpose. Blinken met with his Pakistani counterpart on the sidelines of the UN General Assembly and held talks on Wednesday evening with ministers of China, Russia, and the other four Security Council veto-wielding nations. As part of its claim to legitimacy, the Taliban says that it seeks support from the international community. It will define its relationship with the international community by the actions it takes.”

He reiterated US priorities including letting Afghans and foreigners leave, protecting women, girls, and minorities, and not letting extremist groups like Al Qaeda use Afghanistan again. With the discussions with Foreign Minister Shah Mehmood Qureshi, Blinken emphasized “the importance of coordinated diplomatic engagement.”

Earlier this week, Qureshi said that there was no rush to recognize a new Taliban government, a move that Western governments oppose. However, Pakistan has called for engagement with the Taliban and the unfreezing of Afghan assets.