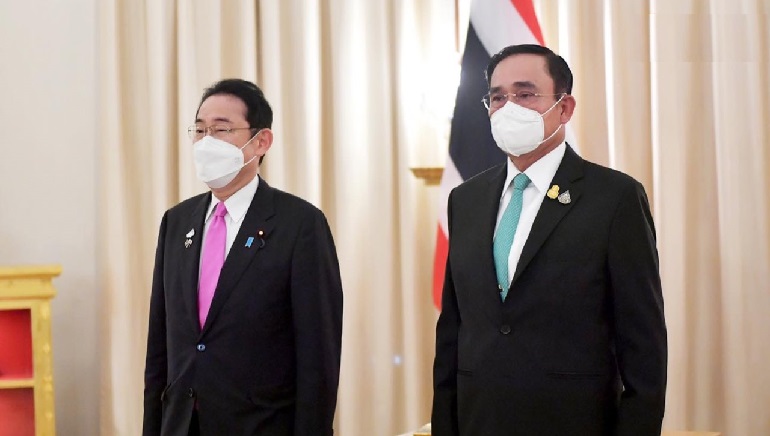 On Monday, Japan’s Prime Minister Fumio Kishida and Thailand’s Prime Minister Prayuth Chan-Ocha announced a new defence agreement along with plans to upgrade their economic relations. Kishida wrapped up the last leg of a three-nation tour of Southeast Asia.

The joint statement by Prayuth said, “This will help improve national defence and support investment from Japan in this activity which is an important goal for Thailand”. He said he discussed betterment in supply chains along with the drafting of a five-year economic partnership with Japan.

As per the agreement, Japan will transfer defence gear and technology to Thailand, which has one of the largest armies in Southeast Asia and a longstanding relationship with the United States military. Further details on the agreement are not disclosed yet.

Southeast Asia, home to some of Japan’s biggest names in the industry, from infrastructure and engineering to transportation and electronics, has been an important region for decades.

As a result, the region remains a battleground between Japan’s close ally, the United States, and the region’s biggest trading partner, China. As part of his three-day visit, Kishida also visited Vietnam and Indonesia, where Japanese firms maintain a large presence