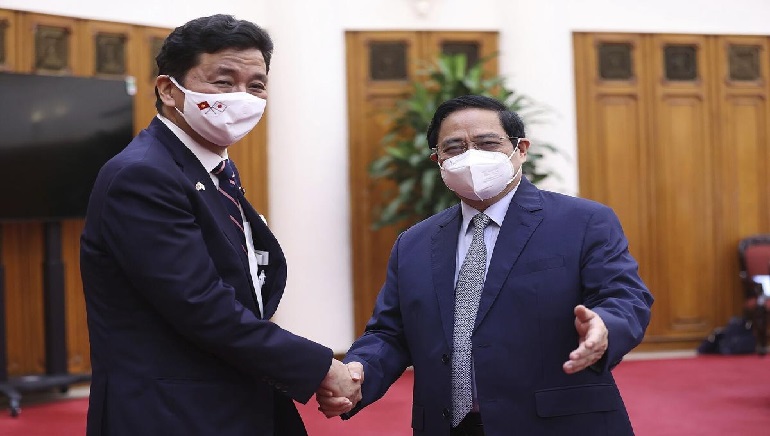 Japan and Vietnam have agreed to sign up for cooperation amid worries about China’s growing military influence. They signed the deal that enables the export of Japanese-made defense equipment and technology to Hanoi.

Nobuo Kishi, Japan’s Defence Minister said that the deal elevates the two countries’ defense partnership “to a new level” and both the nations plan to deepen defense ties through multinational joint exercises and other means. Vietnam became the 11th nation that has signed defense equipment and technology transfer deals with Japan.

The defense minister’s meeting with Phan Van Giang who is his Vietnamese counterpart in Hanoi coincided with a two-day visit to the Vietnamese capital by Chinese Foreign Minister Wang Yi.

Over the Spratly and Paracel island groups in the South China Sea, Vietnam has territorial disputes with China. China and Japan are also in a territorial dispute against the Chinese coast guard’s presence in the East China Sea near the Japanese-controlled Senkaku islands which Beijing claims to be Diaoyu. Japan accuses Chinese vessels of routinely violating Japanese territorial waters around the island and sometimes they also threaten the fishing boats.

Kishi has expressed Japan’s strong opposition to “any unilateral attempts to change the status quo by coercion or any activities that escalate tensions”.