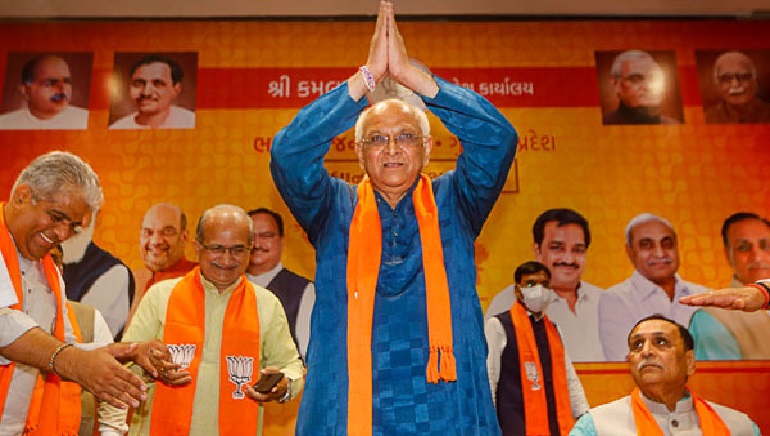 On Monday, Bhupendra Patel will take oath as the new Chief Minister of Gujarat. Followed by the resignation of Vijay Rupani from the top post in the state, Patel holds a strong influence in the Patidar community in Gujarat which the Bharatiya Janata Party (BJP) has banked upon to win the upcoming elections.

He will be the 17th Chief Minister of Gujarat, fondly addressed as ‘Dada’ by his supporters, Bhupendrabhai Rajnikantbhai Patel. He is the fourth CM in the BJP-led state government in the country this year to opt for this move. Earlier, Trivendra Singh Rawat and Tirath Singh Rawat Uttatakhknad’s Chief Minister and BS Yediyurappa tendered their resignations.

On Sunday, the announcement came as a surprise for many as the low-profile MLA was not seen to be among the top contenders for the post at the legislative party meeting of the BJP. According to BJP the selection of Bhupendra Patel was a unanimous decision by all leaders present in the party’s meeting. He had won the maiden seat by a margin of 117,000 (72%) votes in 2017 which was the largest margin that defeated congress candidate Shahikant Patel.

Patel has been invited by Governor Acharya Devvrat to the oath as the chief minister.