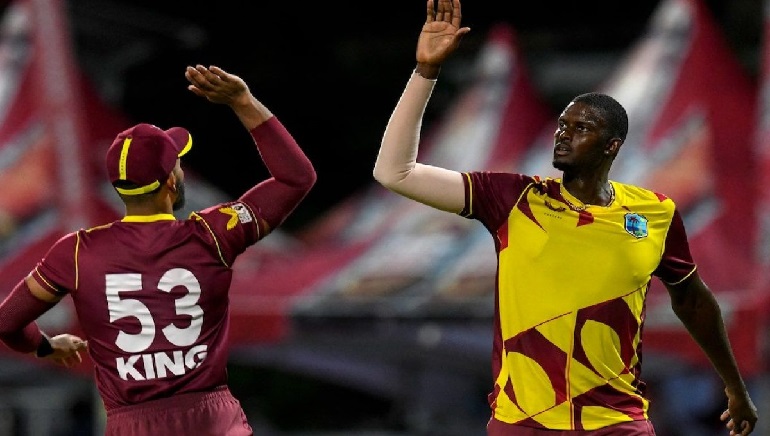 West Indies cricketer Jason Holder creates history by picking four wickets in four balls against England in the last over of the 5th and final T20I.

Holder produced a record-breaking performance to lead West Indies to a 17-run victory in the decider against England. He became the first West Indian male cricketer to take a hat-trick in T20Is.

Against South Africa in 2018, Anisa Mohammed became the first West Indian woman to take a hat-trick in a T20I. In 2021, Stafanie Taylor played brilliantly against Pakistan Women as well, so she has a T20I hat-trick on her resume.

Holder etched his name into the record books with his final over of the match, with England 20 runs to win, when he removed Chris Jordan, Sam Billings, Adil Rashid, and Saqib Mahmood off consecutive deliveries.

At the Kensington Oval in Bridgetown, Barbados, there was still a lot to play for after the series tied 2-2.

As the toss was won, West Indies elected to bat. Kyle Mayers and Brandon King got their team off to an excellent start. As a result, the hosts lost two quick wickets after the powerplay, reducing their scoring rate.