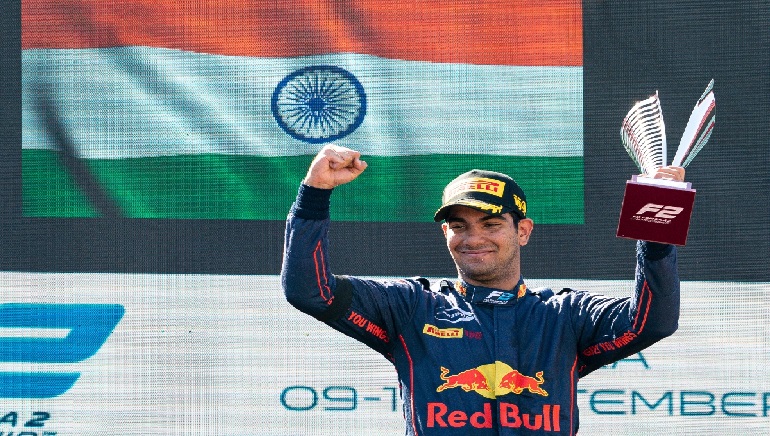 Indian driver Jehan Daruvala, 23, claimed his fourth win in Formula 2 as he stood on the highest step of the podium for the Feature race at the Temple of Speed, Autodromo Nazionale Monza, and Italy.

This was Daruvala’s first win this season and his second consecutive win at the venue, having won the sprint race here in the previous season. The Italian race weekend proved a successful one for Daruvala as he finished third in Saturday’s sprint race.

An excited Daruvala commented, “What a weekend. It’s been a long time coming. We’ve had the win taken away from us for one reason or another on more than one occasion this year. But we’ve kept our heads down, kept believing, kept pushing and we’ve finally done it. And what a venue to do it at too! Monza is up there with one of my all-time favorite tracks and standing on the top step of this incredible podium, out over the main straight with the Indian national anthem playing out, feels so, so special.”

Now the Formula 2 championship will move on to Abu Dhabi for the season finale. “This weekend’s result couldn’t have come at a better time as we now head to Abu Dhabi for the season finale. The Yas Marina track is another venue I like, and I won there last year. So going there on the back of a weekend like this one gives us a major boost, ” said Daruvala