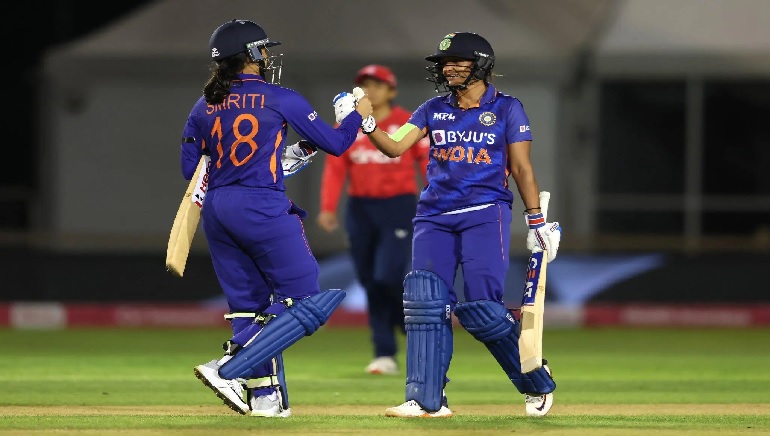 England found it difficult to play in the starting overs, losing wickets regularly before teenager Freya Kemp (51 not out of 37 balls) and Maia Bouchier (34 off 26) scored a 65-run partnership to build their innings.

But then Rana took the wicket of Bouchier in the 18th over, breaking the dangerous-looking partnership, and almost finishing the game for England. Kemp and Sophie Ecclestone tried hard and took England to 142 for six and gave their bowlers a reasonable score to defend.

Rana was a show stealer for India finishing her spell with 3 for 24 from her four overs, while Renuka Singh (1/30) and Deepti Sharma (1/21) picked up one wicket each. India strongly began their chase with Mandhana (79 not out of 53) and Shafali Verma (20) adding 55 runs in the first six overs.