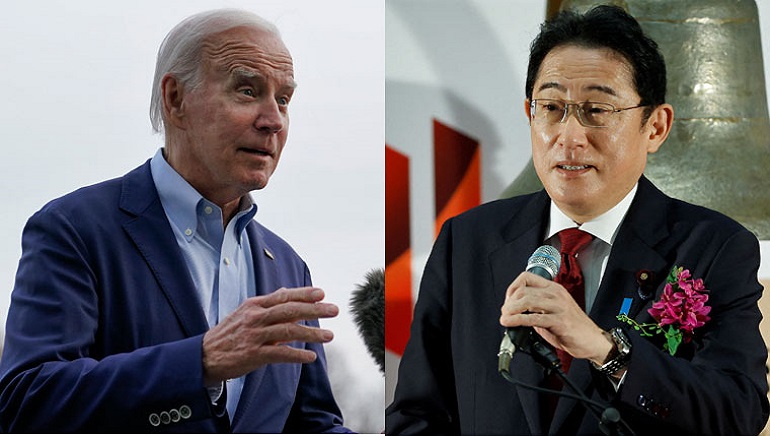 US President Joe Biden and Japanese Prime Minister Fumio Kishida will discuss key issues from climate change to critical technologies, including through the Quad (comprising Australia, Japan, India and the US) and advance a free and open Indo-Pacific during Kishida’s visit to the US on January 13.

Over the past year, the two leaders have worked closely together to modernise the US-Japan alliance. During the meeting, the leaders will discuss a range of regional and global issues, including North Korea’s unlawful weapons of mass destruction and ballistic missile programmes, Russian invasion of Ukraine, and maintaining peace and stability across the Taiwan Strait, said the statement from the White House.

President Biden will reiterate his full support for Japan’s recently released National Security Strategy, its presidency of the G7, and its term as a non-permanent member of the United Nations Security Council, read the statement. Japan’s new security strategy has a special focus on a free and open Indo-Pacific (FOIP). It will build a multilayered network among its allies and like-minded countries, expand it, and fortify deterrence. The National Security Strategy of Japan will enhance security cooperation with Australia, India, the ROK, European countries, ASEAN countries, Canada, NATO, EU, and others.