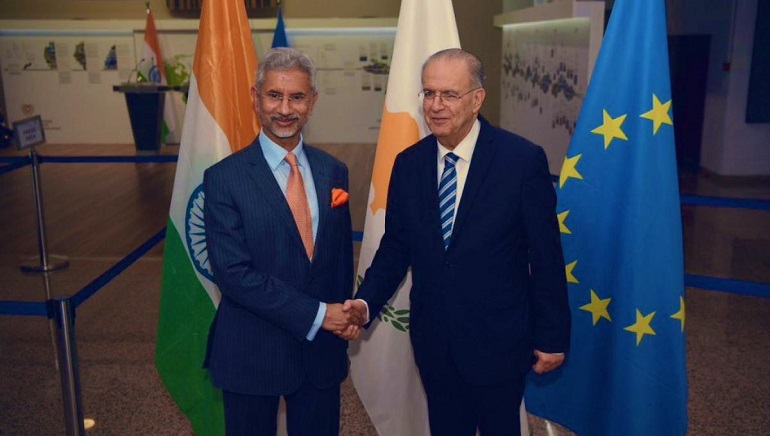 The leaders signed a Memorandum of Understanding on defence and military cooperation, a letter of intent on Migration and Mobility Partnership – to provide a common framework of arrangement and cooperation to facilitate the mobility of students, academics, business people and professionals and help combat irregular migration – and the framework agreement on International Solar Alliance by Cyprus.

The leaders also held discussions on bilateral relations, multilateral cooperation, geopolitical and regional challenges, on the Indo-Pacific issue, the Middle East, Europe and India’s relation with the European Union. They also released commemorative stamps on the occasion of 75 years of India’s Independence and marking 60 years of India’s diplomatic relations with Cyprus.

Foreign Minister of Cyprus, Ioannis Kasoulides thanked India for supporting the mandate of the United Nations Peacekeeping Force in Cyprus (UNFICYP), where in the UN Security Council expressed concern over unauthorised activities in the buffer zone separating Greek and Turkish communities in the northern and southern regions of the Mediterranean island since 1974.