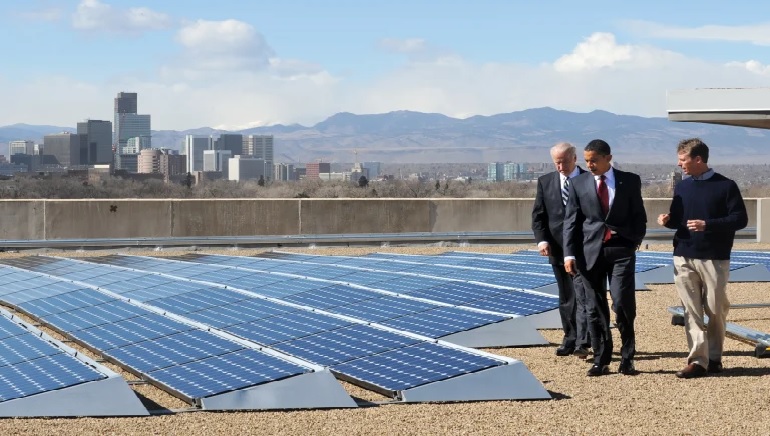 American President Joe Biden on Monday will waive tariffs for two years on solar panel imports from Cambodia, Malaysia, Thailand, and Vietnam but not China as the US is looking to augment the manufacturing of domestic clean energy, the White House said.

A fact sheet said the US would call on the Act to boost domestic production and use the procurements of the federal government to increase demand. Bloomberg reported that the step has been implemented to boost priorities such as combating climate change and raising the domestic solar manufacturing that has strived hard to compete with cheap imports.

Abigail Ross Hopper, chief executive officer of the Solar Energy Industries Association, said in a statement that Biden’s move is a much-needed respite from “this industry-crushing probe,” He further said that during the two-year tariff suspension period, the US solar industry can return to quick deployment while the Defense Production Act helps boost solar manufacturing in the country.

With the news of Biden’s plan, Chinese solar panel makers Longi Green Energy Technology Co. rose to 6.1 percent in Shanghai, Jinko Solar Co. jumped 8.9 percent, and Trina Solar Co.increased by 6.3 percent, Bloomberg added. China is excluded from the tariff suspension as the Commerce Department is trying to find if certain Chinese companies are avoiding US customs duties by assembling parts in the four countries.