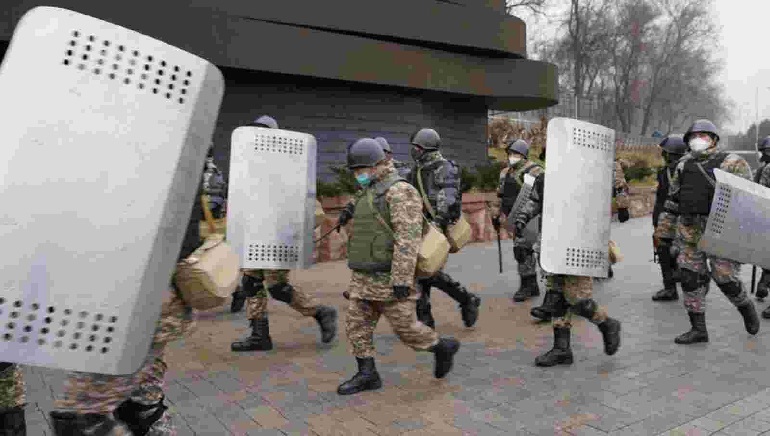 The violence over the past week in Kazakhstan shook the nation will killing more than 160 people and 5,000 people under arrest and 125 separate investigations are being held.

According to Sputnik news agency, the health ministry said two children were among the 164 dead in the country’s deadliest outbreak of violence in its 30 years of independence. Police sometimes fired into the air to stop people approaching the city’s central square on Sunday, with the nation’s economic hub appearing to return to relative calm. Almaty, the main city of Kazakhstan saw one of the worst unrest and reported 103 deaths.

Interior Minister Erlan Turgumbayev said, “Today the situation is established in all regions of the country. The counterterror operation is continuing in a bid to re-establish order in the country”.

The unrest began a week ago in western provinces following a fuel price increase, but riots soon erupted in Almaty and other large cities. As a result, Kassym-Jomart Tokayev has issued shoot-to-kill orders to quell the unrest he claims is caused by “bandits and terrorists”.

Russia’s Collective Security Treaty Organization (CSTO) sent troops to restore order at Tokayev’s invitation, an intervention that comes ahead of new talks to resolve the Ukraine crisis at a time of high tension between the United States and Russia.