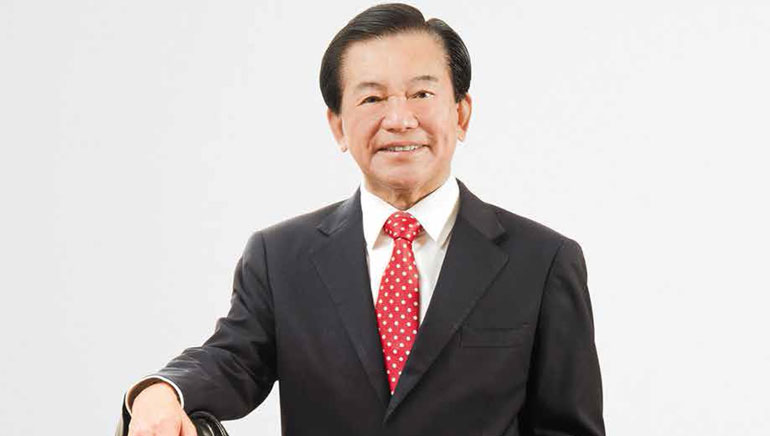 “My Happiest Day Was When I Bought Dunlop Estate, Because In The Late 1960S, I Had Applied For A Job At Dunlop Estate But They Did Not Employ Me Because I Was Not Adequately Qualified”

Lee grew up northeast of Kuala Lumpur on a rubber plantation, where his father ran a small Chinese food shop, and to help support his family, he left school at the age of 11, and started selling ice cream on a bicycle which he did for four years before returning to finish high school. Though he faced several rejections in his life, he kept on moving forward with his dreams. He sought work with one oil palm plantation company for a supervisory job, but was turned down, but Lee, who was then only 22, was undeterred by Dunlop Estate’s rejection. He went on to get a field supervisor’s job at another palm oil company.

Today, he has established a refinery in Rotterdam, Netherlands which is the largest palm oil refinery in Europe. IOI’s oil palm plantations in Malaysia and Indonesia produce palm oil and palm kernel oil. These oils are made into specialty oils, metallic stearates and fats that are used in soaps, detergents, cosmetics and food additives.

Under Lee, IOI Group is a leading real estate developer in Malaysia, and its projects include townships, shopping malls, condominiums, office towers, and resorts.

Twenty years later of his rejection, Lee bought Dunlop Estate, which he recalls as his happiest day in 1989. His desire to buy it stemmed from his rejection in late 1960s, which he still remembered. They had rejected him only because he was not adequately qualified. The theory is that if they had employed him, he would probably not have bought Dunlop Estate. However, this purchase marked a significant milestone in his life.

He explains that each tree has its own characteristics. If one produces well, he tells it that he loves it, and if a tree is not productive he would tell it that he would give it six to nine months to bear the quota of fruits. Surprisingly, the trees appear to listen to him and tend to bloom to expectation. If trees fail to produce, he tells them that he is sorry, and he chops them down.

Lee accepts that he is rightly called a tree talker, as he has commented in public several times that his success can be attributed to his habit of talking to the trees. He believes that if he continues to talk to the trees, he would continue to be successful in his business.

Lee has been bestowed with FIABCI Malaysia Property Man of the Year 2001 Award. In 2002, he was conferred an honorary doctorate degree in agriculture by Universiti Putra Malaysia in recognition of his contributions to the palm oil industry. He also serves as a Board Member of Universiti Putra Malaysia, an adviser to the KL & Selangor Chinese Chamber of Commerce and Industry, a council member of the Malaysian Palm Oil Association (MPOA), a member of the Malaysia-China Business Council, the honorary president of the Association of Eng Choon Societies of Malaysia, and the Federation of Hokkien Association of Malaysia.