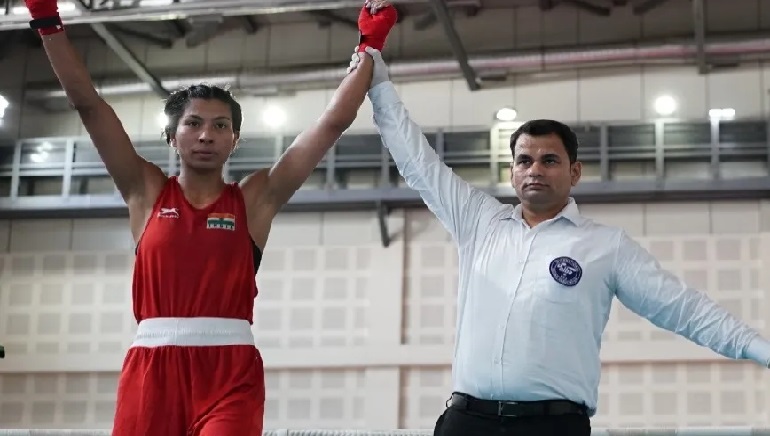 Lovlina Borgohain beat Arundhati Choudhary of Services 5-0 in the 75 kg final, and Nikhat Zareen defeated Anamika of Railways 4-1 in the final of the 50 kg category.

The young boxer from Manipur, Sanamacha Thokchom Chanu, who picked a Gold medal at the 2021 Youth World Championships, also secured the title in the 70 kg by overcoming Madhya Pradesh’s Shruti Yadav 3-2 in the thrilling final.

The winners received the medals in the presence of Union Sports Minister Anurag Singh Thakur along with the Boxing Federation of India officials.