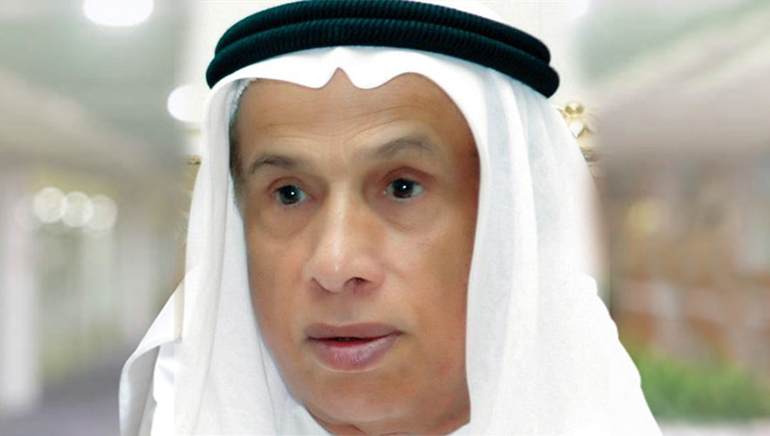 His is an extraordinary story of triumph, where he spearheaded the development of leisure and retailing arena of United Arab Emirates, and currently possesses and controls 17 shopping malls, 11 hotels and 3 mixed-use communities across 13 international markets. His company’s legal name is the same as his own – Majid Al Futtaim – and has developed into one of the most successful and esteemed businesses of United Arab Emirates with the accomplishment of a BBB rating (highest credit rating among privately held corporate houses in the Middle East).

He almost has a monopoly in the shopping mall business in the UAE, as his empire comprises the Mall of the Emirates, the Mall of Egypt, City Centre Malls at Sharjah, Deira, Mirdif, Ajman, Fujairah, Bahrain, Muscat, Qurum, Maadi, Alexandria, Beirut and Nasseriya, and 60+ hypermarkets and 70+ supermarkets in 13 countries. Some quintessential leisure and entertainment establishments including the Ski Dubai and iFly Dubai, and about 150 VOX Cinema screens and 18 Magic Planet centres are also operated by him; in all, enchanting about 150 million visitors each year to his establishments.

“My dream is to create great moments for everyone, every day.” When Majid Al Futtaim started with this philosophy, he wanted to transform Dubai into a world destination hitherto unimagined; however, he moved on with the courage to go into the unknown and achieve the most challenging. He is known for boundless entrepreneurial energy, and a healthy and enthusiastic disposition.

Majid Al Futtaim chose to manage his corporate house with non-family members; it becomes more challenging in this competitive world, but he took it in his stride and carried on to create an empire where his net worth is calculated at $6.5 billion (May 2015).

Majid Al Futtaim and the billionaire Abdulla Al Futtaim are estranged brothers; however, his eponymous holding company operates malls and Carrefour hypermarkets across the Middle East, North Africa and Central Asia. For successfully running the vast empire of malls, he chose Sir Michael Rake as the Chairman, who is also the Chairman of British telecom company BT Group plc, WorldPay and International Chamber of Commerce. Though the corporate house is privately held, Majid Al Futtaim keeps the conglomerate most transparent in the UAE.

Majid Al Futtaim has built a team of experts to take care of his vast empire, that brings decades of experience across a diversity of industries to the company, and thus in the process combine business acumen with strategic leadership in their respective fields of expertise. These experts contribute to the soul of the group as they are passionate, talented individuals who continue to drive success by exemplifying the business’ vision, mission and values. Majid Al Futtaim has kept on top priority his commitment to good corporate governance, sustainability initiatives and community empowerment, the values on which his business model rests. He has also backed the initiatives of the Dubai and UAE governments, and has contributed to the development of the city and the country as global tourist destinations. He has directly participated in Dubai’s major tourism-related events through Dubai Festivals and Retail Establishment (DFRE), and also through Dubai Shopping Festival and Dubai Summer Surprises.

With all the stupendous success in the last 20 years, he has ambitious plans for the future, actually intending to double his business in five years by increasing investment in existing brands and also by expanding the market internationally. The growth and expansion is based on his commitment to innovation, a customer-first attitude and new entertainment concepts. Under his epochal leadership, the company has delivered more than expected on the financial strength and operational augmentation in the UAE, Middle East and North Africa across all areas of the business.

Exploring avenues to enalrge his empire and its commercial presence, he has inaugurated the maiden LEGO-certified store in the entire Middle East, a consumer finance company dealing in “Najm” credit cards, a fashion retail establishment showcasing famous global brands like Abercrombie & Fitch, Juicy Couture and Halston Heritage, a healthcare enterprise, a facility management company – Enova, and a food and beverage firm in partnership with Gourmet Gulf.

His success story hinges on his resolute belief that if you surround yourself with other accomplished and gifted people with the goal to support each other in their own individual missions, you are bound to magnetize their talents, expertise, vision, passion and success towards yourself. In his pursuit of excellence, he has empowered thousands of emiratis, and provided UAE a taste of luxury, and superior experience of shopping, entertainment, leisure and hospitality.

He is a true people person and believes in building and celebrating success together with all stakeholders, structuring a home-grown environment, and disseminating to and utilizing the skills and knowledge of the local people of the UAE and everyone involved in his projects. He also takes care of inclusiveness and integrity in his organizations, and has created the most transparent corporate house in the UAE, in which he raises the capital through the financial markets and regularly publishes his company’s financials in the public domain for everybody’s scrutiny.

He is a man of principles and immense financial talent, creating an aura of inordinate accomplishments around himself; yet is humble about his opulence and believes in making a future of luxurious, simple and pleasant life for all.