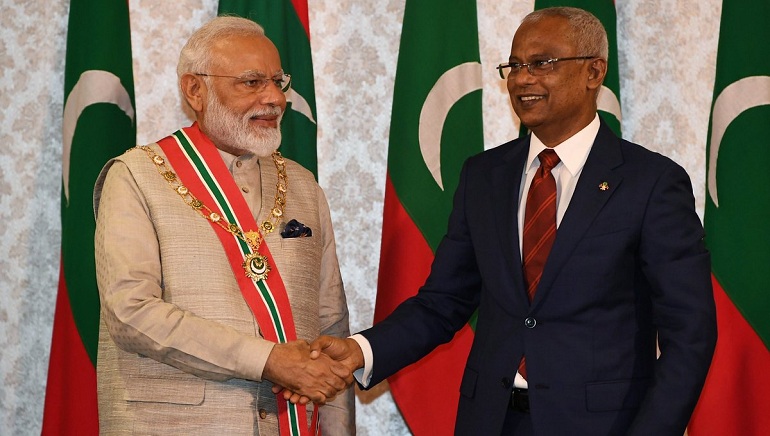 During the 2-day state visit by Indian Prime Minister Narendra Modi to the Maldives, he was conferred with country’s Highest Honor “Rule of Nishan Izzuddeen”. The award was bestowed upon him by Maldives President Ibrahim Mohamed Solih during a ceremony in Male for his role in strengthening bilateral relations between India and Maldives. It is Maldives’ highest honor accorded to foreign dignitaries. The award was given in 3 degrees that include a Collar, a Badge, and a Sash. Upon arrival, PM Modi and President Solih exchanged pleasantries and were also accorded the guard of honor. This was the first bilateral-level meeting held between the 2 countries in the last eight years. It was also the first meeting after the Maldives imposed an emergency by the then President Abdulla Yameen.

It was PM Modi’s first foreign visit after re-election as the 15th Indian PM.