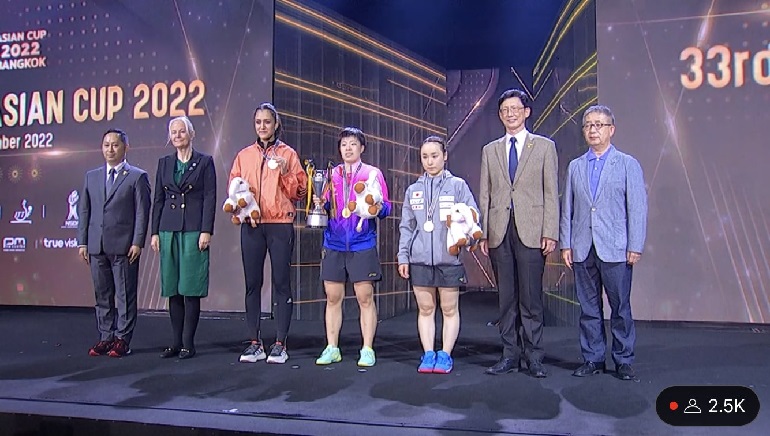 Batra, currently ranked No.44 in the world, has become the only Indian woman to qualify for the semis of the tournament. She also became the second Indian after Chetan Baboor to reach the last four of the championship. She ensured the best finish by an Indian in the 39-year-old history of the competition. Achanta Sharath Kamal and G Sathiyan had finished sixth in the 2015 and 2019 Asian Cup editions, respectively.