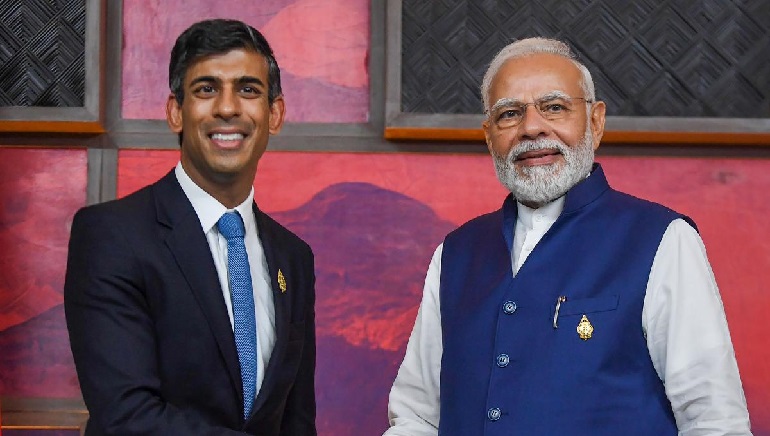 UK Prime Minister Rishi Sunak has said that his government remains committed to working “as quickly as possible” for the successful conclusion of the free trade agreement (FTA) with India, as most of the substantive negotiation conversations were completed at the end of last month.

At a House of Commons session on the G20 Summit in Indonesia on Thursday, the leader updated Parliament that he reviewed progress on the FTA during his first meeting with the Prime Minister of India, Narendra Modi, since taking charge as the UK Prime Minister.

He was questioned by Opposition Labour Party Leader Keir Starmer and his own Conservative Party MPs on the timeline for the completion of the agreement with India.

The British Indian leader said that the UK’s relationship and partnership with India are much broader than just a trading relationship.

“We also announced the mobility scheme to enable young people from India to come here and young Brits to go there, which is a sign of what is possible. Such exchanges are positive both for our countries and for the young people who benefit,” he said, referring to the new UK-India Young Professionals Scheme launched at the summit, involving 3,000 new reciprocal visa offers annually for under-30s.