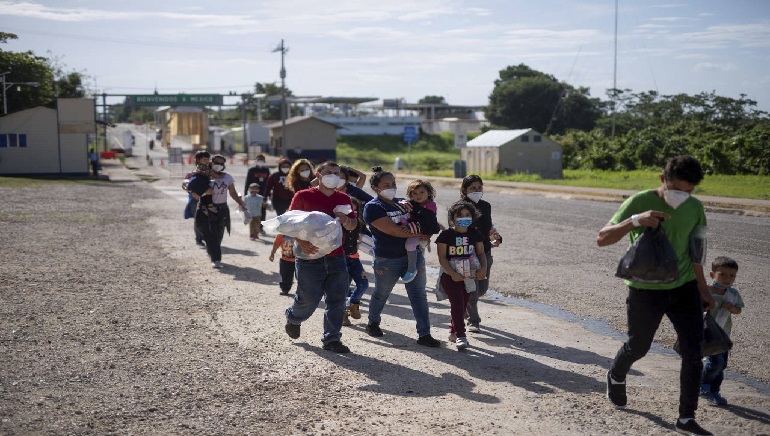 Migrant Karla Leivar along with her five years old daughter found herself on a chartered US government flight shortly after she crossed the border in south Texas. She learned mid-air about her being headed to the provincial capital of Villahermosa In southern Mexico. She was put on the bus by the authorities to head to Mexico’s southern border where she sat on the patio of a migrant shelter in a remote Guatemalan border town.

Her quick exile was a part of a highly unusual partnership between the government of the United State and Mexico. The Biden administration hopes it will deter migrants from returning to the U.S. border. The government has intermittently flown Mexican deep into Mexico for years to discourage the repeated attempts to cross borders. However, the flight began last week from Brownsville, Texas to Villahermosa and Tapachula was the first time that the Central Americans have been flown to Mexico.

The administration made its first public acknowledgment that it is expelling Central Americans on the flight to southern Mexico whereas the Mexican government has been publicly silent. The same was confirmed by U.S. Homeland Security Secretary Alejandro Mayorkas on Thursday.