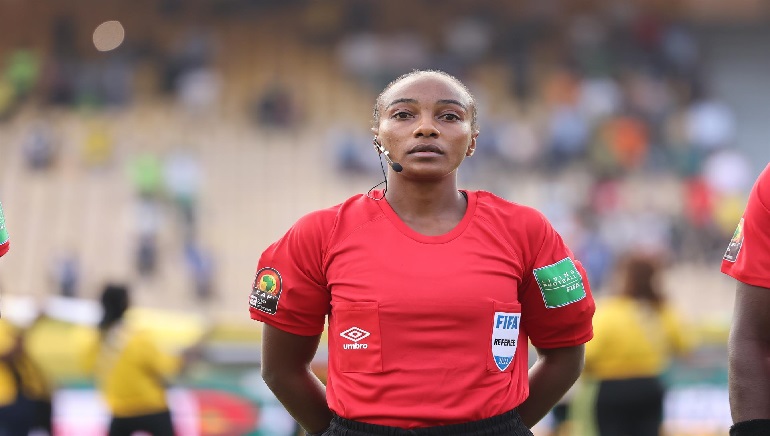 Rwanda’s Salima Mukansanga’s name will be etched in the history books of world football as the first-ever woman referee to officiate at the 2022 FIFA World Cup that will begin on November 21 in Qatar. Mukansanga along with Japan’s Yamashita Yoshimi and France’s Stephanie Frappart form the female trio referee selected for the first time for a men’s FIFA World Cup.

Mukansanga was born on July 25, 1988, and hails from the Rusizi district in the Western Region of Rwanda.From early on, she wished to officiate in football matches but faced rejection by the Rwandan Football Federation (RFF) to join a referee course due to her age. However, she officiated her first match during her final year in St Vincent de Paul Musanze secondary school which opened opportunities in her career. In January 2022, she became the first woman to officiate at the men’s African Cup of Nations tournament (AFCON), officiating the game between Zimbabwe and Guinea, which ended 2-1. She is now a household name in Rwanda and is an inspiration to both male and female referees.

FIFA, the  World football governing body, announced the final list of the 36 match referees and 69 assistant referees on Thursday, May 19.