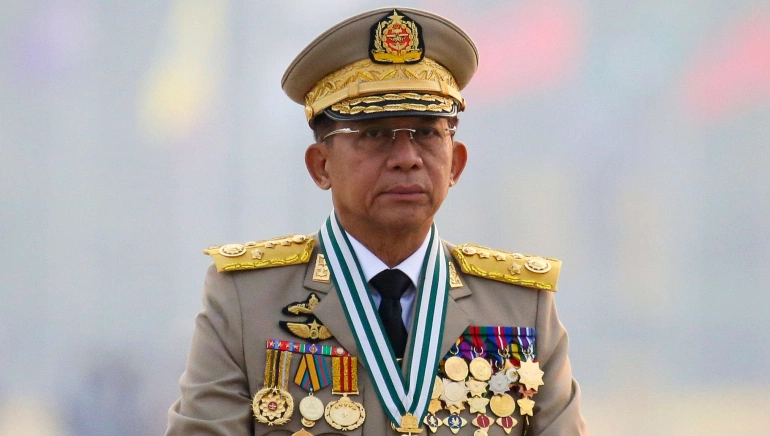 Myanmar military ruler Min Aung promises the nation that they are ready to work with any special envoy named by the Association of Southeast Asian Nations (ASEAN). He further added that his government will have new multi-party elections.

He addressed the nation in a televised interview after six months. The army seized power from the civilian government after the disputed elections won by Nobel Laureate Aung San Suu Kyi’s ruling party. Aung called them the “extremists” party and accused them of inciting violence within the nation. Min Aung confirms that Myanmar is ready to work within the ASEAN framework and on ASEAN cooperation. This also includes the dialogue with the ASEAN Special Envoy. The foreign ministers of ASEAN are scheduled to meet on Monday, 2nd August. in the meeting, the diplomats will aim to finalize a special envoy. The envoy will be tasked with ending violence and will focus on promoting dialogue between the junta and its opponents.

The military ruler repeated the pledge to restore democracy with a union based on federalism after the army seized power on Feb 1. The military arguments were tainted by frauds after the ruling party won. The number of protestors killed showcased far lower while the members of armed forces have also died in the violence according to the military.