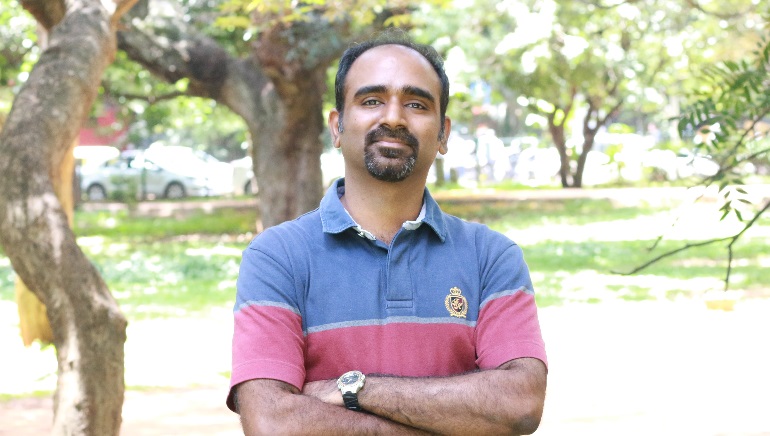 In just a couple of years, Naren has scaled his company IamHere from the ground to over 150K users. Owing to his consistent efforts, IamHere got into the Top 10 Social Apps by Appbrain. The moment of success came through when IamHere got listed among the Top 6 startups of Financial Express for 2019 and subsequently went on to win the ‘Emerging Tech Startup’ award from the Economic Times. IamHere is also a proud winner of the ELEVATE programme and has received grants and mentorship from the Government.

Through his ingenuity and vision, Naren has achieved incredible feats as an entrepreneur. His start-up, IamHere has combined the principles of social networking with location-based technologies and created an innovative one-of-its-kind hyper-local social networking platform. He envisaged the idea of people being able to connect in their neighbourhood through a map-based discovery and collaboration platform. He is now running with an innovative goto-market strategy for IamHere through communities and partnerships. Success did not come easy to Naren. From finding co-founders, to building the initial team, to building a prototype on a bootstrapped budget, to facing rejections, to convincing an early set of Angels, to living without salary for two years, he has crossed obstacles at every step. Before starting up IamHere, Naren was part of the founding team at an IoT start-up called Intellve. Today the company is clocking $1 million revenues, but only after coming out of an imminent death during its initial years. As Head of Strategy & Marketing, he along with a seasoned team, had steered Intellve out of its crisis. It is perhaps that resilience that keeps him going at IamHere.

INSPIRING OTHERS BY ATTAINING EXCELLENCE

Naren draws his inspiration from the people he has come across in his journey. Fresh out of college, when he joined Cisco, he had the chance to closely work with the leadership team in India. During the 2008 downturn, he was amazed by the positive & level-headed attitude of John Chambers, the then CEO of the company. Chambers had kept the channels of communication open with employees & this helped the firm not just face the adversity, but come out stronger. This period taught him an important lesson, that leadership is about inspiring others. It is this lesson that he has successfully carried with him through his career.

Empowering the farmers in rural Karnataka is a cause which Naren has taken a lead for. He aims at creating an easily accessible hyperlocal marketplace where the farmers can sell their produce at profitable rates. Similarly, small artists from Maharashtra are being facilitated with a digital platform that enables them to reach out to & sell their products to various customers. The platform also connects volunteers with NGOs. In the past, IamHere has collaborated with NGOs like Goonj, powering their pan-India donation drive during the week of DaanUtsav. IamHere has worked with initiatives of Project Mumbai & has enabled a Guinness record collection of 3 tonnes of plastic waste from one lakh people.