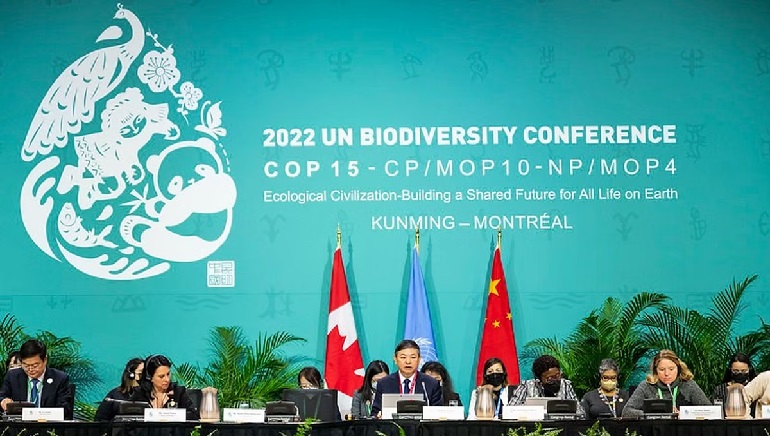 In a landmark biodiversity agreement, nearly 200 governments on Sunday, 18 December, signed an accord to stop and reverse the destruction of Earth’s ecosystems at the United Nations COP15 World Conference on Nature in Montreal, Canada.

The nations have committed to protecting 30% of the world’s lands, inland waters, coastal areas and oceans by 2030. Currently, 17% of terrestrial and 10% of marine areas are under protection.

Amid loud applause from the delegates present, Chinese Environment Minister Huang Runqiu – the president of the COP15 biodiversity summit that started on December 7 – declared the Kunming-Montreal Agreement adopted.

Monitored wildlife populations – mammals, birds, amphibians, reptiles and fish – have seen a devastating 69 per cent drop on average since 1970, says the Living Planet Report (LPR) 2022 of the World Wildlife Fund (WWF). One of the most arguable issues in the negotiations was the finance package to support conservation efforts globally, mainly in developing countries. The deal commits to gradually increase the level of financial resources from all sources by 2030, mobilising at least $200 billion per year. This is roughly double from a 2020 baseline. An achievement is the commitment to $20 billion in international finance flows by 2025 and $30 billion by 2030.

The 23 targets in the accord also include cutting environmentally “destructive” farming subsidies, reducing the risk from pesticides, and tackling invasive species.