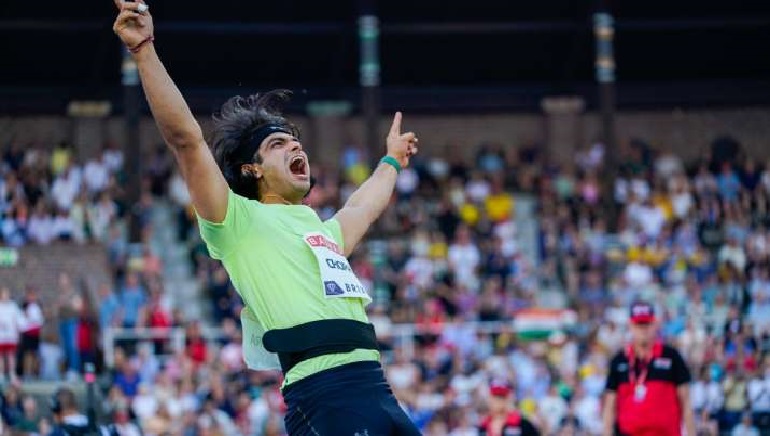 Olympic gold medallist Neeraj Chopra secured his first top-3 finish at the celebrated Diamond League Meeting with a national record-breaking effort but narrowly missed the 90m mark on Thursday. World champion Anderson Peters of Grenada won the contest with a best throw of 90.3 in his third attempt.

After the event, Chopra said, “Today, I feel good and after the first throw, I thought I could throw even over 90m today. But it is OK as I have more competitions coming this year”. “I am close to 90m now and I can throw it this year. Despite the fact that I did not win tonight, I feel very good because I did my best.”

Chopra has defeated Peters twice this month — in Turku where the Grenada athlete stood third and in the Kuortane Games, where the Indian champion had won gold with a best throw of 86.69m under unfavorable climatic conditions.