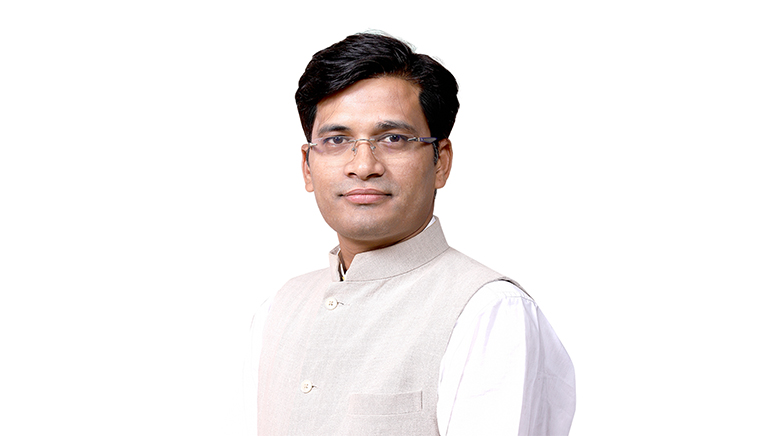 Nitin is a civil engineer, who strives to make the society a better place. Under the esteemed guidance of his father, His Holiness Gurumauli, and Sadguru Moredada, Nitin went on to expanding the social reforms for betterment of society.

Nitin relentlessly imparts the value-based education to youth and children through Balsanskar. As the Head of the Publications Department of Gurupeeth, Nitin takes a step forward, implementing modern technology in the printing set-up for better efficiency. The trust presently brings out over 70 books in Marathi, Hindi, Gujarati, Kannada, Telugu, Bengali, Sanskrit, English and other languages as well as in Braille. Engaged in grassroot reforms for the past six decades, Gurupeeth encountered further advancement when Nitin established an IT cell and ‘Desh Videsh Vibhag.

REVOLUTION FOR A BETTER SOCIETY

Under the supervision of Nitin, many of activities have been outspread in Maharashtra, and across the other states. Meeting the global demands, Balsanskar and counselling campaigns have been conducted in countries like the USA, UK, Canada, Germany, Belgium, Netherlands, Singapore, Nepal, UAE, and Australia. These activities, interestingly, are executed by the dedicated and selfless voluntary activists, who themselves benefitted from such initiatives, and are now giving back to the society, across caste, creed or ethnicity. Even during the pandemic, young Sevakari volunteers organised blood donation camps, food shelters for the needy and quarantined people, and organised counselling sessions to provide the psychological support to those who lost their jobs during the pandemic. The sessions continue even today at the thousands of centres in and outside India. Nitin’s value-based education and training have helped people overcome alcoholism and live productively. Women have been guided to live independently and moral values have been imparted among children. The impact of his initiatives has been far-reaching.

The eight world records set by the Value Education Cell of Gurupeeth under his guidance certainly deserve applause. From one lakh twenty thousand students together chanting of Stotra-Mantras and the group recitation of Shree Ganapati Atharvashirsha Stotra 1 Crore 20 Lakhs 56 Thousand times by students during the Ganesh Festival in September 2020 to more than fifty-one thousand students making eco-friendly Diwali lanterns, the records indeed illustrate changing lives of many. In addition to this, 7500+ students made prototypes of 758+ different forts showcasing India’s rich legacy.

Nitin is truly an inspirational leader for numerous young volunteers, who have been serving selflessly. He works with all his will to create awareness against social evils like superstitions. The research team, under his valuable guidance, is actively engaged in bringing science and spirituality together for the benefit of mankind. Leadership is a duty, not a position – Nitin proves it time and again with his constant efforts to create a better future. It is solely because of the successful and esteemed execution of the programmes by Nitin and Shree Gurupeeth that millions of lives have been enriched.