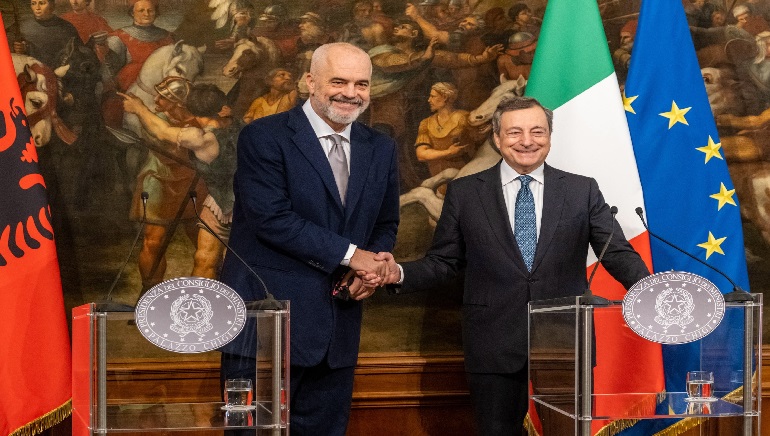 Italian Prime Minister Mario Draghi called for a rethink of the EU’s mechanisms to address unprecedented challenges such as the Russian invasion of Ukraine and soaring energy costs.

Draghi addressed the European Parliament in Strasbourg and said,  “The institution set up by our predecessors in previous decades have served well European citizens, but are inadequate to the current reality we are now facing”. He visions the EU in a form of “pragmatic federalism” that will include joint decision-making for sectors including the economy, energy, defence and foreign policy. He said that if this requires changing EU treaties we should embrace it.

He added that closer coordination of defence and foreign policy decisions is needed to address crises facing the EU, Draghi said, calling for an acceleration of the European integration process. This year, France, which holds the rotating presidency of the EU, has prioritized enhancing the EU’s defence coordination.

Since the Russian invasion, the bloc’s unity has been challenged by both Vladimir Putin’s demand that gas is bought in rubles and an EU push to ban Russian oil, with member states divided over how to proceed. It has indicated that Hungary is ready to veto oil sanctions if the measures restrict its ability to import energy too much, while Poland wants to move faster since it had its gas supplies cut by Russia last week.