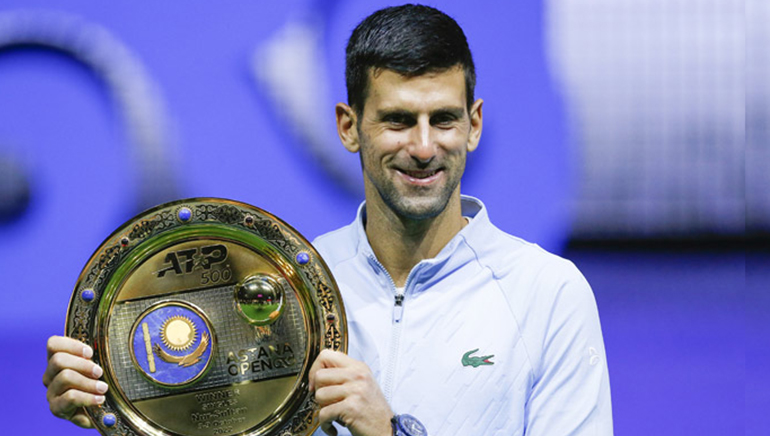 On Sunday, Novak Djokovic won his 90th career title and fourth of 2022 by defeating Stefanos Tsitsipas in the ATP final in Astana. Djokovic, 35, won the match 6-3, 6-4 in 75 minutes to add to his three titles this season in Israel, Rome and Wimbledon. As a result of the win, the fourth seed assured himself a spot at the ATP Finals in 2022.

On his won 90 titles, he said, “I dared to dream actually, I always hoped that I would be going to have a great career. Obviously, didn’t know the number of finals I was going to play, the number of tournaments I was going to win, but my intention was always to reach the highest heights in our sports.”

As a result of his refusal to get vaccinated before returning for Roger Federer’s farewell in the Laver Cup team event in London last month, he was banned from the US Open and the entire North American hardcourt swing.

This was the third time Tsitsipas lost in an ATP Tour 500-level final he has participated in, as he was seeking his tenth career title.