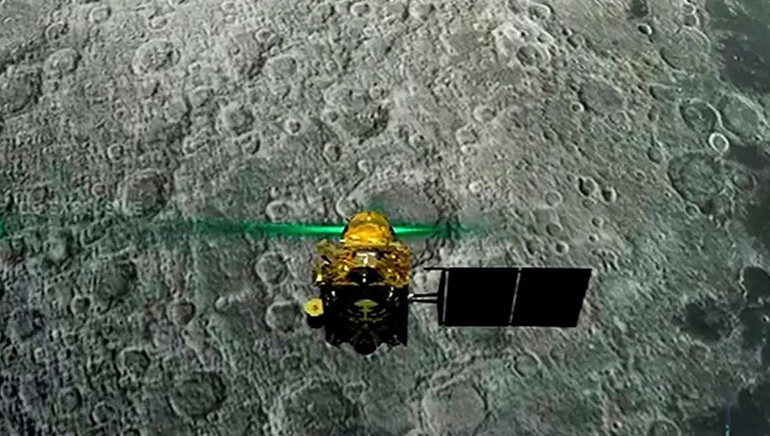 Indian Space Research Organisation (ISRO) claims to have mapped the first-ever abundance of sodium on the moon using its X-ray spectrometer CLASS. As sodium was detected in X-rays by the Chandrayaan-1 X-ray Fluorescence Spectrometer (C1XS), the amount of sodium on the Moon could be mapped, according to the report.

According to a statement on Friday from the National Space Agency, Chandrayaan-2 used CLASS (Chandrayaan-2 Large Area Soft X-ray Spectrometer) for the first time to map sodium abundance on the Moon. The statement read, Built at the UR Rao Satellite Centre of ISRO in Bangaluru CLASS provides a clean signature of the sodium line, thanks to its high sensitivity and performance.”

Researchers suggest that a thin coating of sodium atoms weakly bonded to lunar grains may contribute to the signal. When solar wind or ultraviolet radiation hit the surface, these sodium atoms can be nudged out more easily than if they were part of lunar minerals. It was also shown that the surface sodium varies daily, explaining the continuous supply of atoms to the exosphere.

This alkali element is also found in the wispy atmosphere of the moon, where the atoms rarely meet due to its thinness.