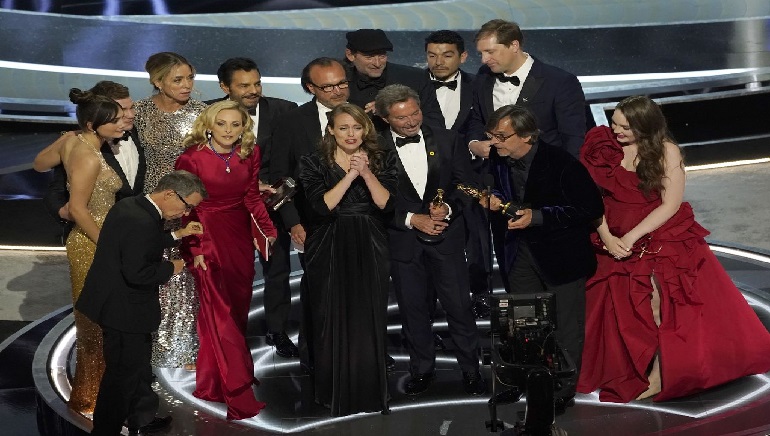 “CODA”, a sweet heartwarming story of a child of Deaf adults (the acronym in the title) finding her way with her family and fulfilling her dreams won the Academy Award for best picture, a win that no one could have imagined when awards season began. Perhaps Marlee Matlin, the first person cast in “CODA”, could have imagined it.

The Oscar for adapted screenplay went to writer-director Siân Heder. Apple TV+ became the first streaming service to win the industry’s most prestigious award on Sunday.

Producer Patrick Wachsberger on winning the award said, “I really want to thank you for recognizing a movie of love and family at this difficult time that we need today.”

Despite Mattlin’s unshakeable faith, “CODA” stands out as one of the most unlikely best picture winners in Oscar history. The Academy has rarely recognized feel-good family stories in the past, so even getting a nomination was far from guaranteed. Family dramas are often viewed negatively at the Oscars.

“CODA” earned three awards, including for Heder and Kotsur, a low total for the best picture contender