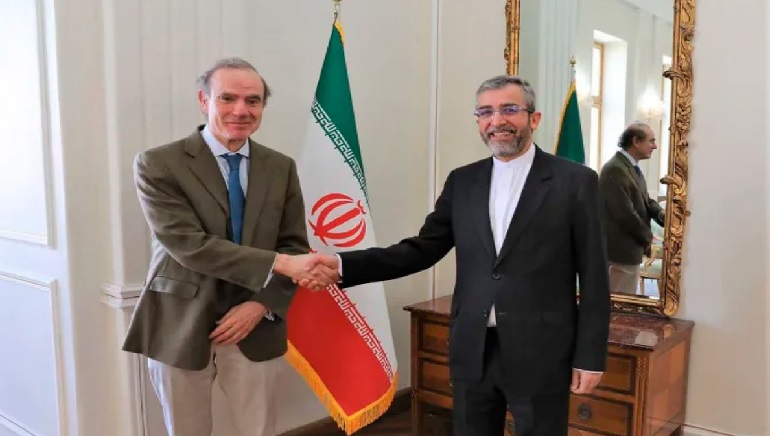 On Sunday, The EU envoy visited Iran with an aim to bridge gaps in the talks on the nuclear deal. In Tehran, the EU coordinator met Iran’s Foreign Minister and its chief negotiator for a talk to restore the 2015 nuclear deal.

EU diplomat Enrique Mora tweeted ahead of the trip, “Working on closing the remaining gaps in the #ViennaTalk. We must conclude this negotiation. Much is at stake”.

Mr Mora looks after the indirect talks between Iran and the US, visited Tehran on late Saturday and met Foreign Minister Hossein Amir-Abdoolahian on Sunday.

No further details regarding the meeting or earlier discussion between More and Iran’s chief negotiator Ali Bagheri were mentioned. Bagheri emphasised that the agreement can be reached if the US’s side is realistic.

Joseph Borrel, EU foreign policy chief, expressed hope for a renewed accord within “days” of Mr Mora’s visit. On the sideline of the Doha Forum in Qatar, Mr Borrell said, “We are very close but there are still some issues pending. I cannot tell you when or how, but it is a matter of days”.

Added to the 2015 deal was a curb on Iran’s nuclear programme that would ensure that it could not develop a nuclear weapon-something Iran has always denied wanting.