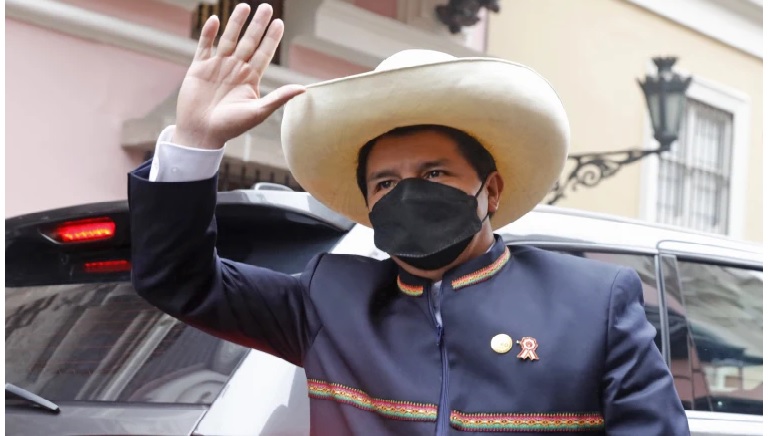 On Wednesday, Pedro Castillo assumed the presidency of Peru. He addressed the nation by stating that its colonial wounds still ran deep and he would seek to heal them. He promised economic stability in his inaugural speech as the president.

His first speech was on the same day as the country’s 200th anniversary since declaring independence from Spain. He said the colonial-era divisions that separated classes and races in Peru remained unharmed. Castillo is the son of a peasant farmer whose journey to the presidency was driven by support from the rural poor. He added the fact in his speech and said it’s the first time that Peru will be governed by a peasant.

He tried to strike a conciliatory tone for investors, pledging to respect private property while establishing clear rules for miners. He was elected in a bitterly divisive election that underscored the inequities between rural and urban Peruvians. The elementary school teacher who was backed by the Marxist party won in the end. It was a razor-thin margin against the conservative U.S.-educated Keiko Fujimori.

Castillo said he will not live in Lima’s government palace known as the ‘House of Pizarro’. It was named after the Spanish conquistador who defeated the Inca Empire five centuries ago.