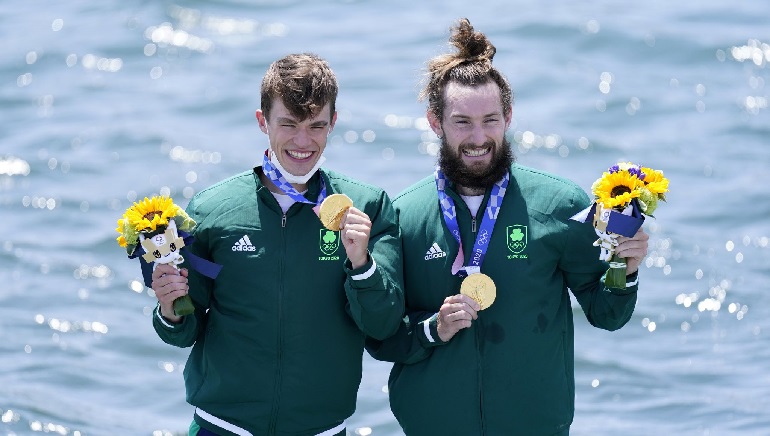 On Thursday, rowers Paul O’Donovan and Fintan McCarthy won Ireland’s first gold medal at the Tokyo Olympics. This stunning victory was seen at the Sea Front Waterway in the men’s double sculls. This was the first rowing gold for the country since Kate Taylor’s boxing victory in 2012. It made ten total Olympic gold for the country Ireland.

The reigning world and European champions made history by closest challengers Germany in the home stretch to win in six minutes and 6.43 seconds. They led the trail by 0.48 seconds. With a distance taking its bronze Italy finished third.

27-year-old O’Donovan has first gold along with his silver which he won at Rio 2016 along with his older brother Gray who is a reserve team member after missing out on 24-year-old McCarthy. He became the first Irish athlete to win gold and silver Olympic medals. The two boys looked very strong all week and did not panic at all and are extremely happy with their position in the game.

Ireland competed as an independent country in the 1924 Olympic Games in Pairs and has won 33 summer Olympic medals so far.