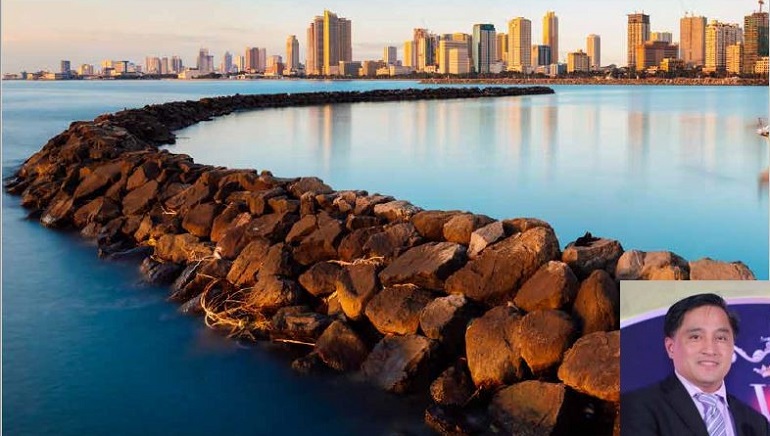 The third-largest English-speaking country in the world, the Philippines has a rich history combining Asian, European, and American influences, with a Walled City comprising European buildings and churches. Filipinos are freedom-loving and fun-loving people, who celebrate every day. Their vibrant democracy is marked by several English national newspapers, national television stations, hundreds of cable TV stations, and thousands of radio stations By His Excellency Paul Raymund P. Cortes, Consul General in Dubai, Republic of the Philippines

Filipinos always had a rich culture and traditionally traded with the Chinese and the Japanese. The Spanish colonization in 1521 brought about the construction of Intramuros in 1571, a Walled City. In 1898, they won their independence through the efforts of leaders such as Jose Rizal and Emilio Aguinaldo after 350 years and 300 rebellions. In 1898, the Philippines became the first and only colony of the United States, following the Philippine– American War, and United States brought widespread education to the islands. The Philippines had fought with Americans during World War II, at the famous battle of Bataan and Corregidor, and also waged a guerilla war against the Japanese from 1941 to 1945, finally regaining their independence in 1946. Their long history of Western colonial rule and rich trading links brought to them diverse cultures and they have evolved into a people of a unique blend of east and west, both in appearance and culture. Warm hospitality is one trait displayed by every Filipino, and this has made them legendary people in Southeast Asia. Filipinos are emotional and passionate about life. There are two official languages – Filipino and English, and Filipino is the national language. There are eight major dialects spoken by the majority of the Filipinos: Tagalog, Cebuano, Ilocano, Hiligaynon or Ilonggo, Bicol, Waray, Pampango, and Pangasinense. There are about 76 to 78 major language groups, with more than 500 dialects. Carrying of any lighted tobacco product in public vehicles, schools, health centers, elevators, cinemas, malls and in places where fire hazards are present is prohibited in the Philippines. Smoking is also banned in recreational facilities for minors.

According to the Tourism National Strategy, an integrated sustainable tourism management plan for Central Philippines is to be formulated, identifying viable critical environmental, infrastructure and community-based projects to link and integrate the tourism development of the area. Thus, the Tourism Management Plan provides a comprehensive planning framework for the development of tourism so that it can play a key role in the development.

of the regional economy, elaborate a vision of the future direction and content of tourism development, which can help to focus and guide the actions of the various stakeholders towards a shared goal, identify areas for tourism development, related tourism facilities and supporting infrastructure, and specify the major programs, roles and responsibilities of key players, institutional arrangements and resource requirements for achieving the vision. The Central Philippines possesses a wealth of ecological and cultural attractions including pristine white sandy beaches, diverse marine life, volcanoes, forests and wetlands and heritage sites. These natural resources support a range of tourism products and facilities to include national parks, ecotourism sites, beach resorts, scuba diving, golf courses, trekking and festivals. Nature and ecotourism sites form a significant component of tourism in most of the destinations within the Central Philippines. There is a wide range of nature products which include dolphin watching, bird watching and mangrove tours. In the development of nature products, ecotourism principles are being consciously applied. The National Ecotourism Strategy formulated by the DOT and DENR has given impetus to the development of various community-based ecotourism products. Nature and ecotourism sites assisted by LGUs, NGOs and the DOT/DENR include the Olango Bird watching tour in Cebu, the Cambuhat River Cruise and the Pamilakan Island Dolphin Watching (Marine Life) tour in Bohol.

Tourism Opportunities Some of the Philippines’ main tourism activities and destinations include the following:

Scuba Diving: It attracts a lot of visitors, and is a major market driver for many coastal and marine destinations

Festivals and Events: Major festivals such as the Ati-atihan, Dinagyang and Sinulog festivals in Akian, Iloilo and Cebu are one- or two-day events which appeal both local people and international visitors.

Cruising: It is well established in South East Asia, and it is steadily growing in the Central Philippines. Hiking/Trekking: The Central Philippines has the natural resource base to offer a unique experience of hiking/trekking through designated trails, informed guides and supporting tourism facilities of hotels and inns. Banaue Rice Terraces:

Banaue is often described as a place where land merges with the clouds to meet the heavens, because of its high altitude, and the rice terraces are considered the stairway to the sky. Visitors always find Banaue as adventurous and fit for cultural immersion. During the day time, visitors and locals indulge in activities such as strolling, biking, and trekking, and during the evenings, they hold campfire chats at a village or warm indoor cosseting at the lodges and inns. Banaue rice terraces are a leading tourism destination in Asia. Starting from the base of the Cordilleras, they reach up to several thousand feet high, and if its length. were to be stretched from end to end, it could encircle half of the globe. One would definitely love to relax in the spring-fed stream of Guihob and the magnificent Tappiya Waterfalls after trekking through the terraces, and shopping and buying souvenir items from the curio stores. One may also decide to go on a village visit, watch a family demonstrate their native craft and then haggle for a better price on their product.

Chocolate Hills: There is a series of 1,268 perfectly symmetrical, haycock-shaped hills, known as the Chocolate Hills, which rise some 30 meters above the ground. These are unique rock formations formed after millions of years of evolution and are the Philippines’ National Geologic Monument. These are called Chocolate Hills because of their resemblance to chocolate bonbons when their grass cover turns to brown at the onset of summer. Other hills worth visiting include Banat-I and Elly in the capital city of Tagbilaran, Himontagon in the town of Loay, Sampoangan in Calape and Ilihan in Jagna.

Boracay: It is a fascinating white beach where visitors love to walk barefoot, swing to the discos, and go for soothing massages under the shade of coconut trees. It’s a great big party place.

Cebu: It is a perfect fantasy place that offers balmy weather, pristine beaches, crystalline waters, and luxurious resorts, with a sea valley and mountains. It is also the political, economic, educational and cultural center of the Visayas, with hotels, shopping malls, entertainment halls, casinos and golf fairways.

Davao: It is the world’s largest city in terms of land area, as it covers 244,000 hectares, and is famous for agriculture-based industries, as it is a major exporter of bananas, citrus, mangosteen and other tropical fruits, is also the biggest producer of cultured flowers in the country, and is a rich source for commercial fishing.

Manila: It is the capital, and obviously the heart and soul, of the Philippines, setting the rhythm of life and blending the Oriental with the Occidental, the quaint with the modern, and the mundane with the extraordinary. It is also famous as a center for the performing arts in Asia.

Palawan: It has bountiful resources, an abundant wildlife and extraordinary natural beauty, and was once a United Nations Vietnamese Refugee Center. It boasts of skyscraping dark cliffs, a thick green forest, a white-sand beach, sparkling water and magnificently sculpted jade islands.

Vigan: It holds centuries-old edifices of a once royal city, founded in 1572 by Juan de Salcedo who patterned its design to that of Intramuros (Old Manila). It also became the seat of the Archdiocese of Nueva Segovia and was called Ciudad Fernandina in honor of King Ferdinand. Vigan’s 18th century Castillan architecture is evident in some 150 stone houses in the town’s Mestizo District, and some of these ancestral homes have been turned into cozy inns, museums, and souvenir shops. The majestic St. Paul’s Cathedral built by the Augustinian friars features Neo-Gothic and pseudo Romanesque motifs, and west of the cathedral is Plaza Salcedo, the oldest monument in Northern Luzon. The Archbishop’s Palace is a rich repository of religious artifacts from the Ilocos region. Visitors would also love horse-drawn calesa (rig) in the streets.