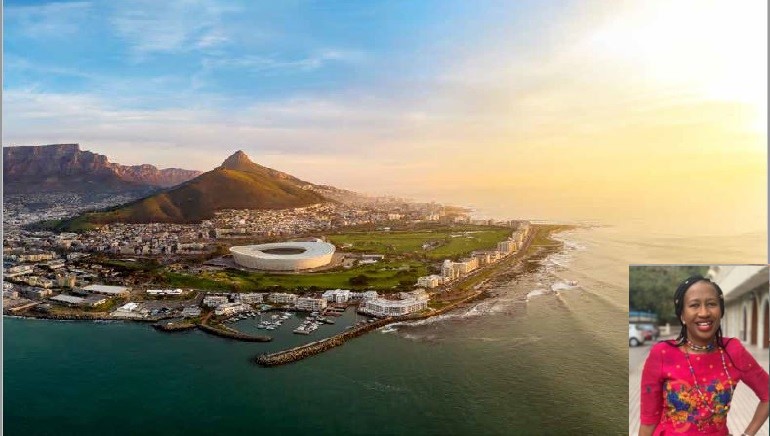 Land of Hope and Promise

Home to some of Africa’s magnificent landscapes, South Africa boasts of stunning coastlines, mountains, hills, national parks and canyons. Similarly, the diverse and exciting wildlife or serene & insightful countryside or extraordinary artwork, all tell captivating tales of a glorious past and a promising future. Add to that, lively cultural experiences and numerous activities & adventures, and South Africa becomes a must-visit destination for tourists from around the world

South Africa is the most industrialized and diversified economy in the continent of Africa, and is also one of the four upper-middle class countries in the continent. Being a highly developed economy with an advanced economic infrastructure, it is one of the world’s largest producers and exporters of gold, platinum and other natural resources. Having highly developed sectors of finance, law, communications, energy and transport, it also has the continent’s largest stock exchange.

Having developed stunning adventure activities including white water rafting, abseiling and shark cage-diving, South Africa is considered the adventure capital of the world. Some of its main tourism destinations include the following:

Kruger National Park: It is not only one of the world’s most famous safari parks, but is also one of the oldest game reserves in South Africa. It is famous for its Big Five wildlife: lion, leopard, buffalo, elephant, and rhino, and is home to an impressive diversity of other wildlife. Visitors may also find other attractions such as bushman rock paintings and archaeological sites here, and may opt to explore a walking safari, or the vast grasslands, gallery forests, and river systems in a hot air balloon.

Cape Town: Tourists find it one of the Earth’s most breathtaking cities, surrounded by beautiful and calming nature, lying between a rugged range of mountains and the sea. Those seeking adventure and a great view of the city, go for a hike to the peak of flat-topped Table Mountain, or glide up on the cableway. Another option is to go for an hour-long hike up Lion’s Head, which would also offer the tourists a panoramic view of the city. Further, on the eastern slopes of the Table Mountain, the stunning Kirstenbosch Botanical Gardens – a UNESCO World Heritage Site – can be found.

Kgalagadi (Kalahari) Transfrontier Park: It is called a transfrontier park, as it a merger of South Africa’s Kalahari Gemsbok National Park and Botswana’s Gemsbok National Park. Being one of the largest wilderness areas in the world, it is famous for rough camel thorn trees, red sands, golden grasslands, and deep blue skies, all of which are loved by photographobsessed tourists. What makes this park more exciting is the presence of a huge diversity of wildlife, including the famous black-maned Kalahari lion, stately gemsbok with their V-shaped horns, the sprawling nests of sociable weavers, meerkats, and many birds of prey.

Table Mountain: It is called so because of its distinctive flat top. It is one of the world’s most recognisable natural icons and is one of the major tourist attractions in South Africa. Tourists may reach it either through the five-minute cable car ride or a day’s hike up to the top. Both are exciting for their own reasons. The cable cars have rotating floors and enormous windows, which offer spectacular views all around and from a magnificent height.

Robben Island: Many tourists consider it an emotional pilgrimage as Nelson Mandela was imprisoned here. It is a UNESCO World Heritage Site, and visitors may listen to formerinmates-turned-guides who offer their first-hand accounts of prison life here. Visitors may take a ferry trip to the Nelson Mandela Gateway.

Franschhoek Motor Museum: This is an exciting place for those who love vintage and modern cars, as it owns not only an impressive collection of vehicles, motorcycles, bicycles and fascinating memorabilia, ranging from an 1898 Beeston motor tricycle to a high performance 2003 Enzo Ferrari supercar, but also a range of antique, veteran, vintage, post-vintage, post-45 and post-60 automobiles, all of which are organized in a chronological order, portraying the evolution of the motor car.

Stellenbosch, Western Cape: One of the most picturesque towns of South Africa, having preserved its legacy from a period of the Dutch East India Company, it offers to tourists a mosaic of farms, old oak trees and white-washed Cape Dutch dwellings