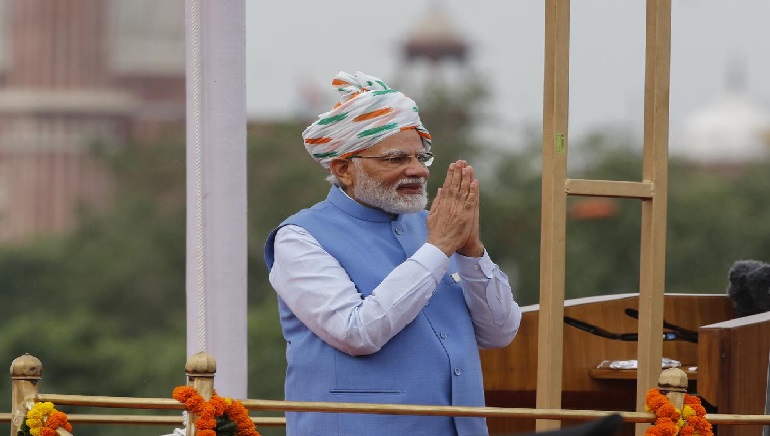 P. M Modi, addressing the nation from the red fort on the occasion of the 75th year of India’s independence, said that the country was entering a crucial stage in its war against corruption, nepotism, and misogyny, among others. He also said these practices are not only prevalent in the political realm but also existed in other societal institutions and public life and, though it’s challenging to combat them, the country would do so.

In his speech, which was his ninth consecutive speech from the Red Fort, the P.M said the completion of 75 years of independence was a historic time for the country. This was the time to move in a new direction with a new resolution. “Our nation has proved that we have an inherent strength from our diversity and the common thread of patriotism makes India unshakeable,” Mr. Modi said, as he called India the “mother of democracy”.

He also asked the people to make big resolutions and spelled out “Panch Pran” (five resolves) to fulfill the dreams of our freedom fighters’ at India’s Independence centenary in 2047.

He said the countrymen should focus on the five pledges and remove any trace of the colonial mindset and slavery from our hearts and mind.